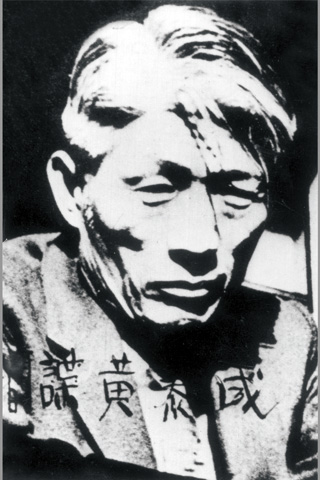 It was just past 3 a.m. on Oct. 15, 1961, when I received a phone call from my mother-in-law. Picking up the phone, I had a sense of foreboding. Calls at that time of the morning are rarely good news.

“Something bad has happened,” my mother-in-law, Jo Gui-bun, murmured without elaborating.

I urged her to tell me what was going on.

“I don’t think you know about him. There’s a man named Hwang Tae-song, a friend of your father-in-law’s. He went up to North Korea before the war and now he is back here in the South. He asked me to arrange a meeting with you and Park Chung Hee.” To her, Park, then-Chairman for the Supreme Council for National Reconstruction, was a brother in-law.

I could sense the anxiety in her voice. It was understandable given the high sensitivity of the matter. She was calling from the Gumi Police Precinct using an emergency phone line. The head of the precinct let her use the phone knowing that her son-in-law was the head of the Korean Central Intelligence Agency.

I tried to calm her down.

I had never heard of Hwang Tae-song before. I had no idea how or why he made his way to her in the South and why he wanted to meet Park and me. There were many questions about him I had to find out right away using all of my resources as the top man at the intelligence agency.

I had my subordinates tracking his whereabouts. They discovered he was staying at an old friend’s house in Seoul. The friend was Kim Min-ha, the current chairman of the daily Segye Ilbo, who was then a lecturer at Chung-Ang University. On Oct. 20, 1961, our agents raided Kim’s house and took Hwang into custody to interrogate him.

From my mother-in-law, I learned that Hwang was a childhood friend of my father-in-law, who died years earlier in 1946. When he was young, Hwang knew Park Chung Hee very well too. Park used to refer to him as “big brother.” 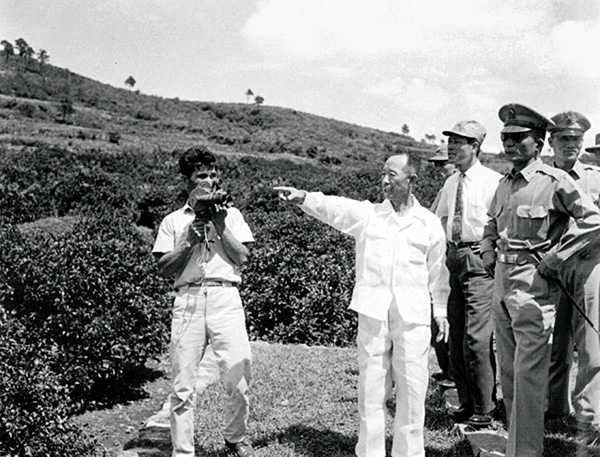 Park Chung Hee, second from right, on an inspection of Jeju Island on Sept. 8, 1961. Kim Jong-pil is standing to his right. [JoongAng Photo]

Hwang liked Park as if he were his own relative. Hwang moved to the North in 1946 and was well liked by North Korea founder Kim Il Sung. He had earlier been a vice-minister in the trade ministry.

From our intelligence, we found that Hwang crossed the Imjin River and made his way to Seoul on Aug. 31. We concluded he must have been sent by Kim Il Sung. We discovered cash in his possession that we thought was to be used in an espionage operation.

The first place he went was the now-defunct Tongyang News Agency, where his close friend Kim Sung-gon was president. But Kim was in Japan when Hwang visited his office. So he headed to Kim’s house, where he had spent about 50 days before we found him.

Even in an interrogation room at the KCIA, Hwang was adamant that he be allowed to meet either Park Chung Hee or me, saying over and over again that everything would be resolved if he met one of us. He remained tight-lipped when asked about his motive for crossing the border, telling interrogators he would talk to no one but Park or me.

But I did not think it was right to give in to his demand. So I had one of my subordinates, whose appearance was similar to mine, pretend to be me. I thought Hwang would fall for the trick. After all, he had never met me before.

But Hwang could not be fooled. Less than 10 minutes after the meeting began, he called out the imposter and stopped talking.

During all the days I kept Hwang for interrogation, I did not brief Park Chung Hee about him. I knew how sensitive the matter would be for him.

Military prosecutors demanded Park be put on death row in 1949 for following socialist ideas. Even after the success of the revolution, he was always careful to avoid suspicions about his ideological leanings. I knew how concerned he would be if I told him about Hwang.

But as Hwang continued to refuse to talk unless it was to me or Park, I was left with little choice.

Park was obviously surprised that I mentioned his name.

I told him he had nothing to worry about and explained to him his journey to the South.

“He is exercising his right to remain silent,” I said, “while demanding a meeting with you or me.”

I asked him if he called Hwang “big brother” during his childhood.

“Yes I did,” Park said. “I used to visit his house to play with him because he was a close friend with my older brother.”

“We don’t know for sure,” I said, “as he remains tight-lipped. But we conclude that he was sent on the order of Kim Il Sung because of his close relationship [with your brother]. Kim must have thought Hwang was also close to you. I think he was sent here on a mission to discuss inter-Korean matters.”

“I won’t meet him,” Park said. “Is it all that you have learned about him?” I told him it was. I also admitted that I had waited a few days before I briefed him about Hwang.

Park was silent for some time.