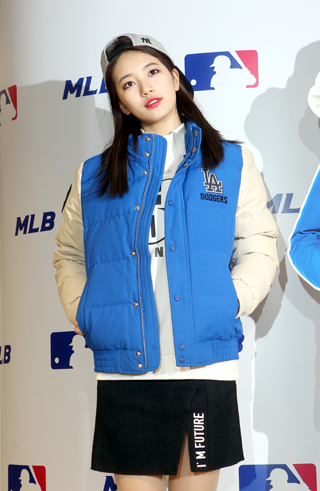 Suzy, a member of a girl group Miss A, is prepared to settle in a case involving publicity rights against an online shopping mall that used her name and face without permission from 2011 to 2014.

According to sources in the legal field on Wednesday, the Seoul Central District Court summoned both sides in the suit to settle on the issue after they were unable to reach an agreement on April 1.

The 20-year-old singer filed a lawsuit against an Internet shopping mall for using her image and name in its sales advertisements. The company advertised hats it referred to as “Suzy hats” - on Korean portal sites, the singer’s image appears when that term is searched.

The shopping mall in question also posted three pictures of the singer on its Internet homepage in 2013. Suzy originally demanded compensation from the company for using her image without permission, though the case was later dismissed by the court. The entertainer lodged an appeal on Feb. 24.

A number of celebrities, including singer Boa and actor Bae Yong-joon, who have filed suits against portal sites for using their images have been unsuccessful in winning compensation.