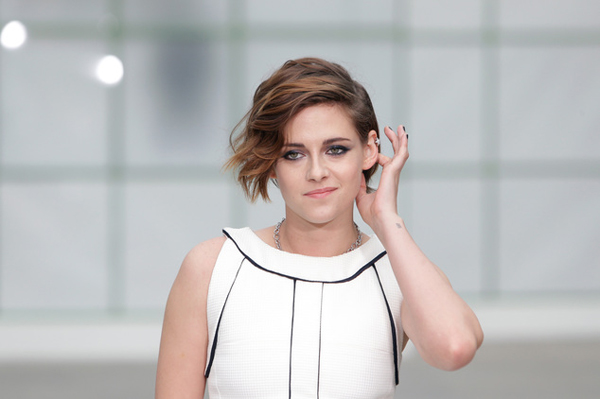 American actress Kristen Stewart arrived in Korea on Saturday to attend the Channel 2015-2016 Cruise Collection to be held today in the Dongdaemun Design Plaza (DDP) in central Seoul.

The 25-year-old, who was recently selected as the new face of Chanel’s spring 2015 eyewear collection, posted a picture of herself and her staff on her Instagram account on Sunday, along with the comment, “See ya in Seoul.”

This is Stewart’s second visit to Korea since she came here in June 2010 to promote the film “The Twilight Saga: Eclipse.”

The actress soared to stardom after taking the lead role in the “Twilight” franchise, a four-part series based on the vampire-themed fantasy romance novels by Stephenie Meyer.

Stewart’s other notable works include “Still Alice” (2014) and “Clouds of Sils Maria” (2014), a film that led her to become the first American actress to win France’s Cesar Award.

She is currently working on the movies “American Ultra” and “Equals,” both slated to be released this year.