Shinee brings out songs from album

Shinee brings out songs from album 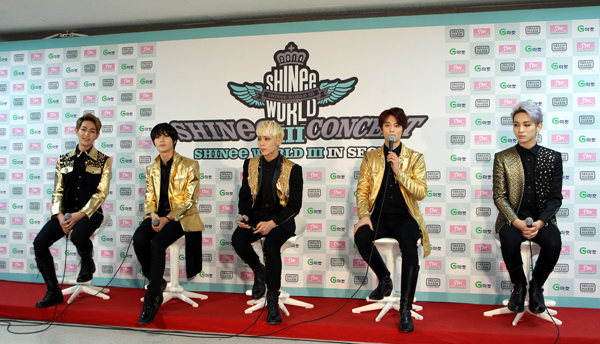 Boy group Shinee will unveil new tracks from its fourth album, “Odd,” at midnight on Monday. The album will be available in offline stores on the same day.

Getting ready for their comeback, the boy group members, who belong to the agency SM Entertainment, released three comeback trailers from Monday to Wednesday through their official website and the SM Town YouTube channel.

Shinee will hold their first performances based on the new album in the “Shinee World IV” concert in Seoul, which will take place at the Seoul Olympic Gymnasium from Friday to Sunday.

The boy group released its third album, “Everbody,” in Korea in October 2013, which makes their upcoming return their first in almost two years.

Shinee has gained great popularity in many countries, partly proven by the fact that the boy band topped the Oricon Weekly Album chart, a Japanese music chart, with its third regular Japanese album, “I’m Your Boy,” in September.

Each member has been working on individual projects. Jonghyun and Taemin have released solo albums, while the other three members, Key, Minho and Onew, have been taking parts in dramas and musicals and hosting music programs.