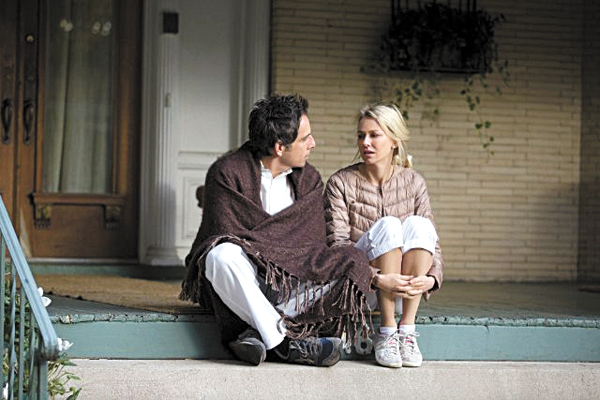 While We’re Young (15)
Comedy, drama/ 97/ English
Written, produced, and directed by Noah Baumbach, “While We’re Young” stars Ben Stiller, Naomi Watts, Adam Driver and Amanda Seyfried, all of whom have firm fan bases here in Korea as well.
The U.S. comedy-drama film is Baumbach’s follow-up to his 2012 hit “Frances Ha,” a luminous monochrome drama film.
Stiller and Watts are Josh and Cornelia, a married middle-aged couple in their early 40s living in New York. They fail to get pregnant while watching all their friends have children.
But then one day Josh, a documentary filmmaker, meets a free-spirited couple, Jamie (Driver) and Darby (Seyfried).
Josh and Cornelia throw themselves into the hipster couple’s way of life, hanging out with them and feeling as they are back in their youth.
The film portrays the generational discord between youth and middle-aged people and also encourages viewers to be themselves regardless of how old they happen to be. 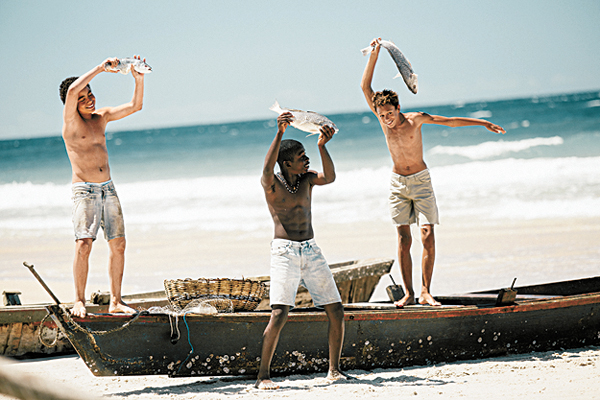 Trash (15)
Adventure/ 113/ English
From Stephen Daldry, the director of “Billy Elliot” (2000), comes a new feature film bringing the hit novel “Trash,” written by Andy Mullingan, to the big screen.
With a cast that includes Rooney Mara and Martin Sheen and a screenplay by rom-com veteran Richard Curtis of “Love, Actually” (2003), the film won the top prize at the Rome Film Festival.
The plot follows three Brazilian street kids - Raphael (Rickson Tevis), Gardo (Eduardo Luis) and Rato (Gabriel Weinstein) - who spend their days rifling through trash.
But then Raphael finds the wallet of a man who was beaten to death by the corrupt police. The local law enforcers come back searching for the wallet and put a price on it and the story unfolds.
The film depicts the hardships and adventures the kids go through in a rather realistic way with outstanding performances and scenes full of suspense.
What We Did on Our Holiday (12)
Comedy, Drama/ 95/ English
Doug (David Tennant) and Aby (Rosamund Pike) head to Scotland with their three naughty children to celebrate their ailing grandfather’s (Billy Connolly) birthday party.
The couple are on the verge of a difficult divorce and have asked their children not to speak about it to their family members, Doug’s brother, Gavin (Ben Miller), and his wife, Margaret (Amelia Bullmore) as well as their grandfather, Gordy.
Will they successfully keep it a secret and enjoy a perfect holiday?
Directed by Andy Hamilton and Guy Jenkin, the creators of the hit BBC comedy series “Outnumbered” (2007-14), the film is a touching, tearjerker of a comedy.
The movie is realistic but also depicts how people can forgive, move on from mistakes and take care of their families.
For people who remember the spine-chilling wife Pike played in the thriller “Gone Girl” (2014), her transformation in this film will be pleasant to watch.
With humor, heart and such beautiful scenery, the uplifting family film will be a great pleasure for families to watch. 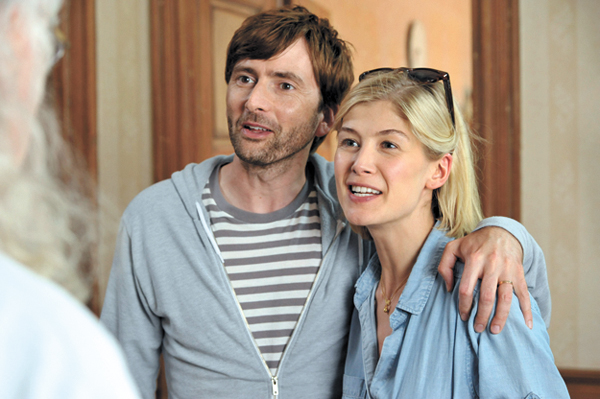 Coin Locker Girl (19)
Noir/ 110/ Korean
This film, which was invited to this year’s prestigious Cannes International Film Festival, follows the story of a girl (played by Kim Go-eun), who was found in a coin locker and raised by a loan shark mob boss named Eomma (Kim Hye-soo) which means “mother” in Korean.
After opening in local theaters two weeks ago, the film has stayed firmly at No. 2 on the weekend box office amid the influx of many new movies opening for the summer season.
It has garnered more than 1 million viewers so far.
A top actress in Korea, Kim Hye-soo received a lot of press attention for her astonishing makeover in this film after she was given a big belly, gray hair and bad skin. Her character is a cruel woman who never hesitates to kill anyone found to be useless.
Kim Go-eun, one of the most promising Korean actresses in her 20s, plays Il-Young, who never doubted Eomma before she met Seouk-Hyun (Park Bo-geom), whose way of living is totally different from hers.
Eomma notices Il-Young’s conflicting emotions and gives her a daunting mission.
This film has also sparked interest because two actresses are in the leading roles, which is unusual for a noir film.
The harmony that rising star Kim Go-eun and veteran Kim Hye-soo have in this female-driven film has garnered much attention.

Still Alice (12)
Drama/ 101/ English
Movies that portray a person going through a terminal illness are not quite new to viewers these days, but the storyline of “Still Alice”, based on Lisa Genova’s best-selling 2007 novel of the same name, gained much attention.
It depicts a woman who is diagnosed with early-onset Alzheimer’s. Alice, played by Julianne Moore, who is also a respected linguistics professor and a mother of three children, played by Kristen Stewart, Kate Bosworth and Hunter Parrish. Alec Baldwin plays the role of her husband, John.
This film focuses not just on the patient suffering all alone with pain and loneliness, it also shows how her family copes with the situation in their own believable ways.
While Alice clings to her identity, struggling with the deteriorating disease, we also get to witness the emotional moments between her and her husband and between her and her youngest daughter, played by Stewart.
Moore won her first Academy Award for Best Actress after securing a Golden Globe, Screen Actors Guild Award and Bafta for her role as Alice in this film.

An Omnivorous Family’s Dilemma (All) edited 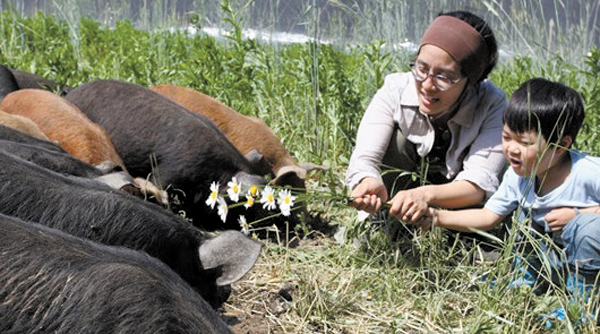 The documentary feature “An Omnivorous Family’s Dilemma” depicts the story of when its director, Hwang Yun, witnesses hundreds of pigs being crushed and buried alive in a neighborhood farm after FMD (foot-and-mouth disease) spread across Korea.

She suddenly realizes she has never seen a real pig before and decides to go to meet a hog farmer who raises the animals in a traditional way.

Narrated by Hwang herself, the film vividly shows the lives of mother pigs confined to ridiculously tiny cages in which they eat and sleep, are artificially inseminated to later rear young and ultimately die.

Hwang approaches the issue not only as an animal rights activist but also as a wife, mother and Korean citizen.

She focuses on her family, employing scenes in which her son and herself learn the basics of pig farming and struggle to eat pork cutlets, which they used to enjoy.

As she begins to have an emotional bond with pigs and becomes aware of the process of pig farming, it becomes harder and harder to allow meat in her family’s diet.

More information is available on the websites listed below