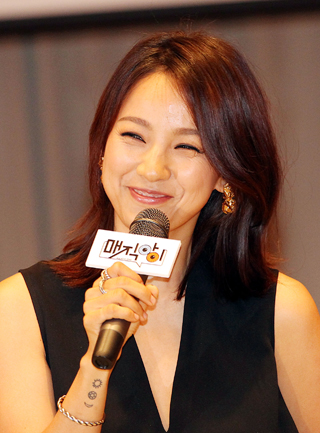 Sexy icon Lee Hyo-ri closed down her social media accounts, including her blog and Twitter, on Sunday.

The 36-year-old singer started her Naver blog, on which she actively posted pictures along with personal comments, last May.

However, Lee announced in October that she would only be running the platform for a year to show the beauty of the four seasons on Jeju Island, where she lives with her husband, Lee Sang-soon.

She said she feels that if she continues to blog her posts will be redundant as she has already completed the feat she wanted to achieve with the online page.

Lee posted various pictures that she took of Jeju’s landscape, her dogs, herself and her husband on the blog.

The singer debuted as a member of one of the first successful K-pop girl groups, Fin.K.L, in 1998 with the album “Blue Rain.”

Lee started her solo career in 2003 and has released many singles that gained a huge following, including “Stylish” and “Get Ya!”

In 2006, Lee was the highest-paid female singer in Korea.