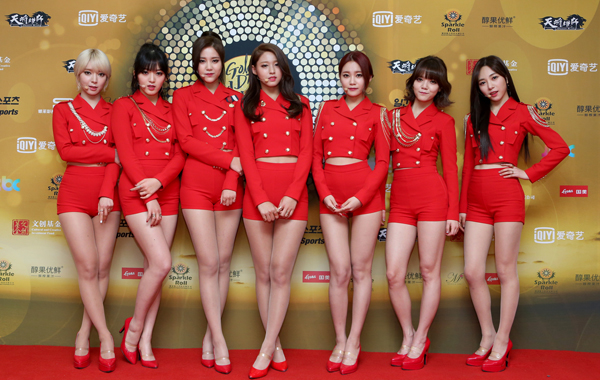 Girl group AOA has confirmed the release of a new album in mid-June.

“In preparation for the new record, the members are actively preparing for their comeback,” said the CEO of their agency, FNC Entertainment, through the company’s official website on Wednesday.

The group debuted with their single, “Angel’s Story,” in July 2012. The group is known for its many hit songs like “Short Hair,” “Miniskirt” and “Like a Cat.”

In addition to the group activity, members of the girl group are also actively taking part in individual projects. Seolhyun plays a lead role in the KBS2’s drama “Orange Marmalade” and Jimin was in the spotlight through reality program “Unpretty Rapstar.”