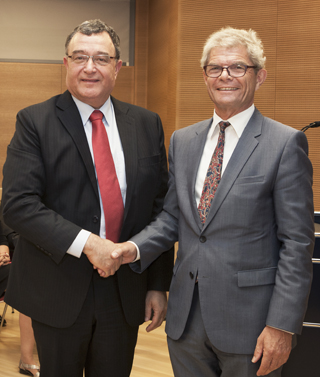 Israeli Ambassador to Korea Uri Gutman, left, and German Ambassador Rolf Mafael shake hands before a screening Thursday of “Walk on Water” (2004) at the German cultural center in Yongsan District, central Seoul. The two nations celebrated the 50th anniversary of diplomatic ties with a daylong movie event. By Park Sang-moon