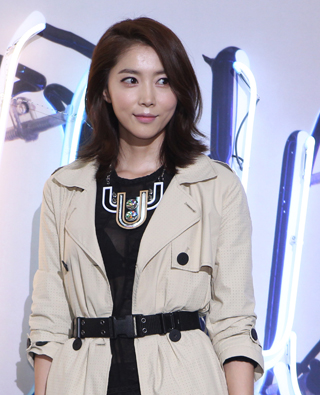 Actress Oh Yoon-ha, 34, is reportedly getting divorced from her husband after eight years of marriage.

“The two agreed to get divorced due to their personality differences and custody was given to Oh,” said the celebrity’s talent agency, Polaris Entertainment. “Oh will carry on working as an actress, and her divorce will not have any negative impact on her acting career.”

In 2007, Oh married a man five years her senior who works in a movie advertising agency after the two dated for a year and a half.

She gave birth to a son August of the same year.

Oh originally debuted as a racing model and won the first Cyber Race Queen Contest in 2000. Her first acting role was in SBS drama “Into the Storm” (2004). Since then she has been appearing in various TV dramas, including “Marry Me, Please” (2010) and “While You Were Sleeping” (2011). The last drama she took part in was MBC’s “Angry Mom” (2015).