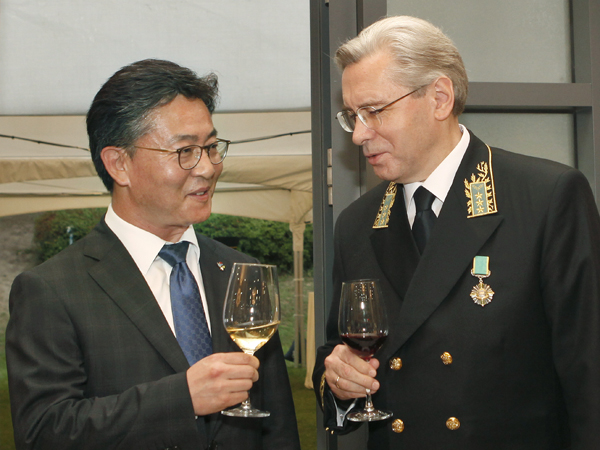 Unification Minister Hong Yong-pyo, left, and Russian Ambassador Alexander Timonin talk during a reception held at the Russian embassy in Jung District, central Seoul, last Thursday to commemorate Russia Day. The day celebrates the establishment of Russia as an independent country after the dissolution of the Soviet Union in 1991. By Park Sang-moon