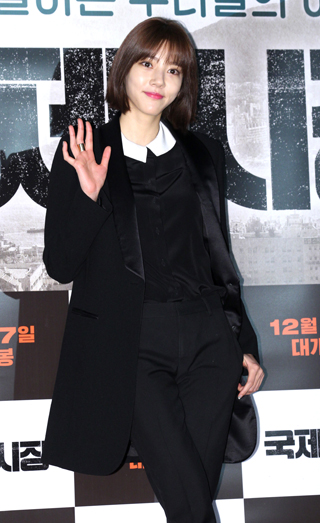 Singer-actress Son Dam-bi signed an exclusive contract with KeyEast Entertainment, which is home to many popular celebrities such as Kim Soo-hyun, Im Soo-jung and Han Ye-seul.

The announcement was made by the agency on Monday.

“Son is a highly evaluated celebrity. We believe she has great potential in growing into a successful actress along with pursuing her singing career,” said representative director Yang Geun-hwan of KeyEast Entertainment.

“We are expecting Son to show active participation in diverse projects from dramas to movies to musicals and our agency will do our best to support her,” Yang added.

Son debuted with the single “Cry Eye” in 2007. Since starting her career, she has sung many hit songs, including “Crazy,” “The Queen” and “Saturday Night,” earning herself the nickname “sexy diva” from her fans.

She broadened her career to acting in 2009 through the drama series “Dream.” She also starred in another drama, “Lights and Shadows” (2011-12).

The 31-year-old celebrity most recently worked on “What Happens to My Family?” which ended in February. She will make her acting comeback with the new drama “Yumi’s Room” (working title), which will air from June 30.