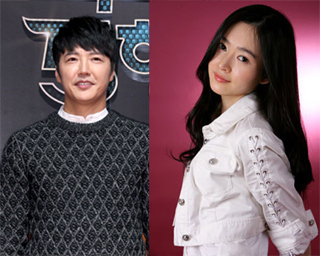 Singer Maybee, 35, who is married to actor Yoon Sang-hyun, 41, is 15 weeks pregnant, according to the couple’s agency, MGB Entertainment, on Thursday.

“Since the two celebrities are not young, they wanted to have a child quickly. They are truly happy about the coming child, and Maybee is currently focusing on prenatal care.”

The entertainment agency said that even though it was informed about Maybee’s pregnancy when the singer was in her 10th week, it couldn’t disclose the news until she was in a stable state.

“Maybee became pregnant after a year of being married, and therefore she was not pregnant before the marriage,” said the agency regarding a question many Korean fans have been curious about.