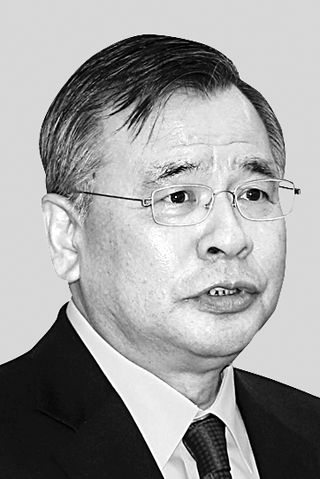 Police said Thursday that they were preparing to request a pre-trial arrest warrant for a man who wielded a knife against a former senior prosecutor.

Park Young-soo, who formerly headed the Seoul High Prosecutors’ Office, sustained a minor injury to his neck following a confrontation with the suspect shortly after midnight Wednesday in front of his law office in Seocho District, southern Seoul.

The man in question, surnamed Lee, 64, who operates a construction firm, has been charged with attempted murder.

The former prosecutor, 63, received a cut on his neck about 10 centimeters (3.9 inches) long but is in stable condition, according to the police.

“Park could have been severely hurt; his life would have been at stake if the knife had hit his carotid artery,” said an investigator involved in the case.

Police said Lee waited for Park near the lawyer’s legal office for over three hours on Tuesday before spotting him on his way home.

The suspect turned himself in to police shortly after the attack at about 4 a.m. Wednesday.

According to authorities, Lee allegedly attacked Park due to his disgruntlement over a legal battle he lost a few years ago against the defendant, whom the former prosecutor represented in court.

Lee launched a suit against Jung Deok-jin, a mogul in Korea’s slot machine business, alleging that Jung had convinced witnesses from a separate court case the two were involved in to commit perjury.

During questioning, Lee said he believed that the court had favored Park’s side in the case and that the lawyer had used his connections as a former member of the prosecution.

He said his suspicions were bolstered after he saw Park testify on television as a witness in a parliamentary confirmation hearing earlier this month for newly appointed Prime Minister Hwang Kyo-ahn, which led him to believe that Park had received special treatment in his defense of Jung due to Park’s reputation in the legal community.

Park’s associates have refuted suspicions that he received any special favors, however, and said that Lee had also hired a lawyer with a prosecutorial background for his case.

“Lee didn’t even appeal his case after the defendant [Jung] was not found guilty,” said one associate, who spoke on the condition of anonymity.

Sources close to Park said that while he is expected to make a full recovery, the attack was traumatizing for him, and the lawyer has declined visitors to his hospital room.

The Korean Bar Association on Wednesday condemned the incident, calling it an act of terror.

“An act that attempts personal revenge against a lawyer from the other side in a legal case is a grave challenge to the foundation of the judiciary system,” the association said in a statement.

Park previously served in the Kim Dae-jung administration as the presidential secretary for inspection and audit and was appointed in 2007 as chief prosecutor at the Seoul High Prosecutors’ Office.