My role in starting Korean migrations

My role in starting Korean migrations 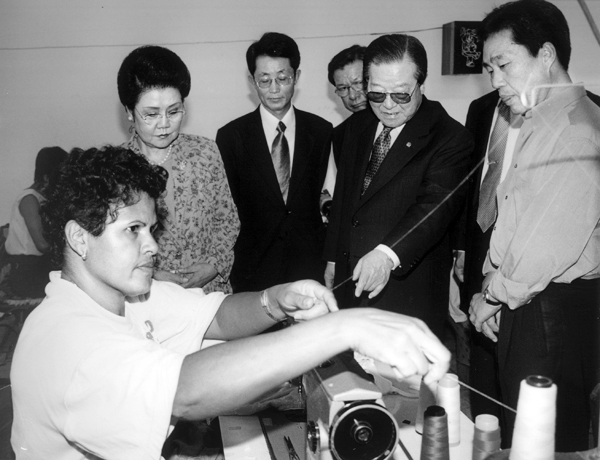 Kim Jeong-ryol, ambassador to the United States, paid me a visit one day in September 1963, when I was on my first self-imposed exile overseas. Kim delivered a message from a Paraguayan diplomat at the United Nations, who said his boss back home, President Alfredo Stroessner, wanted to invite me to his country. Like Park Chung Hee, Stroessner rose to power through a military coup in 1954 when he was commander of the army. Shortly after the coup, he ran for president as the only candidate in the election. To my knowledge at the time, he was an avid anti-Communist. I thought he must have heard of our anti-Communist stance in the revolutionary government in Korea. I accepted the invitation as I was planning to go on a trip to South America to attend the presidential inauguration for Argentina’s Arturo Illia.

On Oct. 7 I landed in Asuncion, the capital of Paraguay, accompanied by Ambassador Kim. Stroessner greeted us with a warm hug, saying, “Though I meet you today for the first time, I have held you in great respect for a long time. I have always wanted to meet you in person.” Stroessner pinned a presidential medal on my chest. Back then, I had no idea why he had welcomed me with such generosity. But looking back, I realize he wanted to use my visit as an opportunity to justify his anti-Communism credentials, and he would boast that a South Korean who shared his vision had come to see him.

During my meeting with Stroessner, I asked him to widen his country’s immigration quotas for South Koreans who wanted to do business in South America. “I want to set up a launching pad for people in Korea to go overseas to widen their business opportunities. Koreans can use Japan to go around the Pacific. If you allow us to settle here, we can use Paraguay as a gateway to reach deeper into South America, to Brazil and Argentina,” I said. I pointed out that Paraguay could make use of manpower from Korea as its population was only four million at the time. 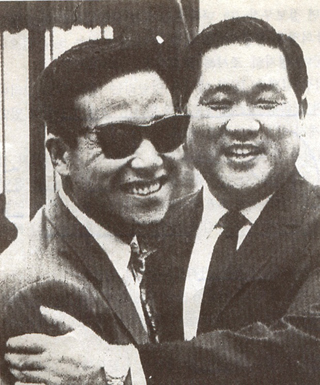 Unlike back home, much of the land in the South American country is flat. It’s four times the size of South Korea.

Stroessner accepted my proposal on the spot, which started an influx of Korean immigrants to South America.

Many Koreans sought new opportunities overseas as the domestic economy remained stuck in the mud, with our per capita gross national product at a miserable $82 in 1961. Unemployment rates soared, even for those with university degrees. Every household had a man without a job.

That is not to say that those who settled in Paraguay had it easy. Korean immigrants in Paraguay, mostly farmers, had to fight off insects and endure the scorching weather. They lacked farming equipment. But thanks to their work ethic, they gradually expanded their businesses into the sewing and the clothing industry and many prospered.

As immigrants started to flow into Paraguay, we faced an unexpected obstacle that raised the ire of authorities in many South American nations. Koreans who decided to migrate did not see their lives fixed in Paraguay. They were determined to go somewhere better, like the United States, even if they had to sneak in illegally. Many Korean immigrants in South America attempted illegal entry into the United States with thousands of dollars in their pockets. If they were caught by border patrols and asked why they had so much money, they would say they intended to settle in the U.S. illegally.

After I attended the presidential inauguration in Argentina, I headed to Brazil’s Rio de Janeiro. During my stay in the touristy area of Copacabana, I met Kim Jae-chun, the third head of the Korean Central Intelligence Agency, who, at the time, was almost forced to step down from his coveted position. Kim was losing in a struggle for power. While Kim and I both put our lives on the line carrying out the May 16 revolution, he began spreading false rumors about me in a bid to push me out of the inner circle of Park Chung Hee. But it took only five months for him to be forced out of the spy agency.

During my encounter with him at a resort overlooking the beach, he apologized for what he had done to me.

“Though I am bouncing from one country to another [in self-exile], you should return to Korea,” I told him. He took my advice and returned on Dec. 6, a few days after I did.

Unlike South American countries that opened their doors to Korean immigrants, the United States did not officially accept legal immigration for Korans until the mid-1960s. Those who migrated to the U.S. before the mid-1960s were mostly babies and children adopted by Americans or Korean women married to U.S. soldiers.

On Oct. 31, 1966, President Lyndon Johnson came to Korea on a state visit. To this day, I vividly recall a parade lined up at Seoul City Hall to welcome Johnson and Lady Bird Johnson. One scene that still remains in my memory is President Johnson taking a comb out of his pocket to tend to the first lady’s hair during a car ride as the wind blew. It was something that we would not expect to see in Korean culture.

At the Blue House, Johnson thanked President Park for sending troops to Vietnam and asked what he wanted in return. Park said, “The U.S. is a melting pot that absorbs people of all backgrounds and ethnicities. It does not make sense that Koreans are singled for exclusion. I ask you to open the door for Koreans to pursue their dreams in the U.S.”

On the eve of the summit, I had told Park to raise the issue of allowing migrations by Koreans to the United States. He followed my advice.

The flow of immigrants to the United States started to pick up in the early 1970s and then over 30,000 left for the U.S. annually.