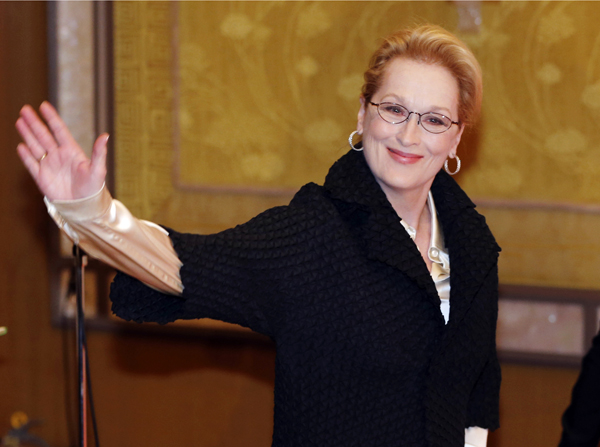 WASHINGTON - No actor or actress can match Meryl Streep’s 19 Academy Award nominations, and only Katharine Hepburn has bested her three Oscars for acting. So maybe it’s conceivable that Streep’s letter Tuesday to each member of Congress can somehow revive the Equal Rights Amendment, politically dormant since its high-water mark four decades ago.

“I am writing to ask you to stand up for equality - for your mother, your daughter, your sister, your wife or yourself - by actively supporting the Equal Rights Amendment,’’ Streep writes. Each packet includes a copy of “Equal Means Equal,’’ a book by Jessica Neuwirth, president of the ERA Coalition.

Congress passed the Equal Rights Amendment in 1972. Over the next decade, 35 states ratified it, three short of the 38 needed to add it to the U.S. Constitution.

Conservative opposition and other factors halted its momentum. They have helped relegate the ERA to America’s political back burners ever since. Still, lawmakers from both parties regularly try to restart the process.

The proposed amendment states, “Equality of rights under the law shall not be denied or abridged by the United States or by any State on account of sex.’’

Streep, who turned 66 Monday, is among numerous celebrities who say disparities between men’s and women’s average salaries are one reason the amendment remains relevant and needed.

Advocates in Hollywood and Washington are battling the notion that the ERA is an artifact whose time has passed.

“The time is ripe to ratify the Equal Rights Amendment,’’ says Democratic Rep. Jackie Speier. “Seventy percent of people polled think that we already have an ERA in the Constitution and they’re shocked to find that we don’t.’’

Comedian and author Chelsea Handler says, “You wouldn’t think that in 2015, in the United States, women still need to fight for legal equality, but here we are.’’ AP