A step toward justice

A step toward justice 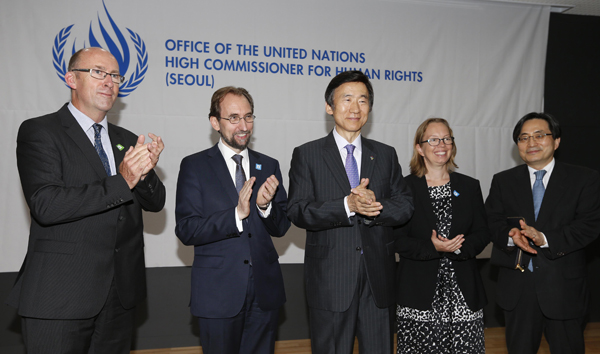 Officials from the United Nations and the Korean government celebrate the launch Tuesday of a UN field office at the Seoul Global Center that will directly address the dire human rights situation in North Korea. From left: Rory Mungoven, head of the Office of the High Commissioner for Human Rights (OHCHR) Asia-Pacific Division; UN High Commissioner for Human Rights Zeid Ra’ad Al Hussein; Foreign Minister Yun Byung-se; and Signe Poulson, the new head of the Seoul office, attended the ceremony in Jongno District, central Seoul. The office was created based on a recommendation by a UN Commission of Inquiry report in 2014 detailing the heinous crimes perpetuated by the North Korean regime. [NEWSIS]