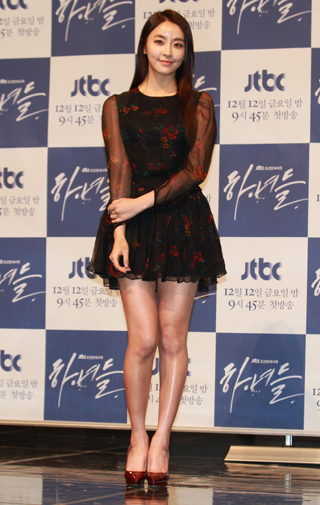 Actress Jeong Yu-mi has been confirmed to star in the new SBS drama “Six Flying Dragons” (working title) along with actors Kim Myung-min and Byun Yo-han. The upcoming drama, which will air its first series in October, is the sequel to the show “Deep Rooted Tree” (2011).
The historic drama, which is based on a true story, revolves around King Taejong, the third king of the Joseon Dynasty (1392-1910), and six other characters with strong ambitions.
In the story, Jeong will become involved with two men - Jeong Do-jeon (Kim), a politician in the early Joseon Dynasty, and Lee Bang-ji (Byun), a fictional character from “Deep Rooted Tree.”
Despite loving Lee, the protagonist cannot forgive him for being unable to protect her, which eventually leads her to become a spy in defiance against the man she once loved. The story becomes more complex, however, as she gradually realizes that he is the only person she truly loves.
According to the broadcaster, the production crew solely contacted Jeong for the role due to her outstanding performance in other projects.