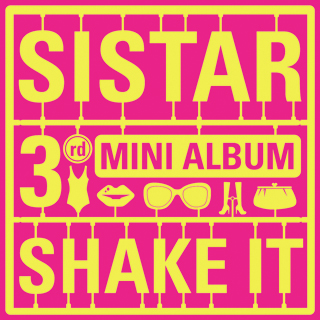 
Sistar seems to evoke that summertime feeling. And the girls’ latest EP, “Shake it,” full of lively dance songs, is sure to get the party started.

The group has become one of the most consistent acts in K-pop since their debut in 2010, with popular hits such as “Push Push,” “Ma boy” and “Touch My Body.”

The opening track, “Shake It,” is an upbeat number with addictive rhythms composed by production duo Double Sidekick, a long-time collaborator with Sistar who has produced a slew of No. 1 singles in Korea. The lighthearted video for the lead track, which has contributed to the song’s popularity, features the quartet as charming devils in colorful outfits and makeup. Singer Kang Kyun-sung and chef Choi Hyun-suk also appear.

The second song “Don’t Be Such a Baby,” featuring underground hip-hop artist Giriboy, is defined by simple drum beats and guitar riffs which make the song calmer than “Shake it.”

The EP’s bright and playful concept is guaranteed to be a hit among a wide audience.