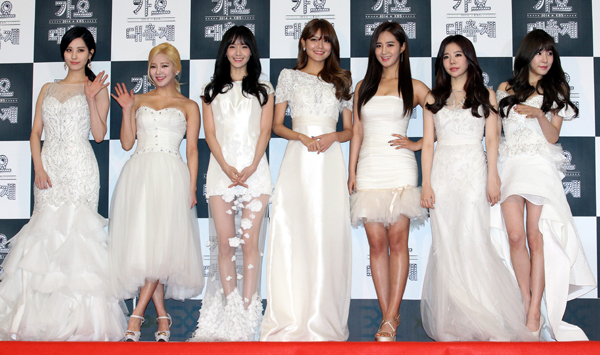 The nine-member girl group is planning to showcase two performances, “Party” and “Check,” during the program.

While the title track, “Party,” is upbeat dance music that reminds listeners of sunny weather at the beach, “Check” is a sexy R&B song.

In order to emphasize the summer party ambiance, the band shot the music video for “Party” on the island Ko Samui in Thailand, which is highly renowned for its sandy beaches, coral reefs and coconut trees.

In addition, Girls’ Generation released a teaser image of each member on Thursday through their official website and Facebook page.

The girl act will release the new single, “Party,” on Tuesday at 10 p.m., and the album will become available the next day. They are also expected to release a regular album soon after, with tracks “Lion Heart” and “You Think.” Girls’ Generation is expected to perform actively this summer based on their three title songs, all of which have different musical styles.