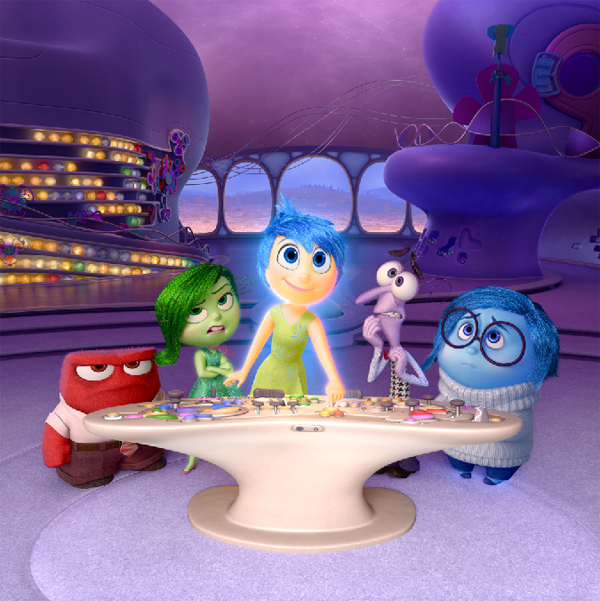 "Northern Limit Line,” the war drama revolving around the Second Battle of Yeonpyeong, has reclaimed its No. 1 spot at the weekend box office, according to the state-run Korean Film Council on Monday.

Previously dethroned by “Terminator Genisys” last week, Kim Hak-soon’s “Northern Limit Line” was back in the top spot in its third week, with 872,699 admissions over the weekend, bringing its three-week total to 4.7 million viewers. It is the only Korean film released this year to surpass that mark.

Directed by Pete Docter, the mastermind behind some of Pixar’s most brilliant projects, such as “Monsters, Inc.” and “Up,” his latest work breaks new ground, depicting the inner workings of 11-year-old Riley.

In the Headquarter, the epicenter of the young protagonist’s mind, five mood entities - Joy, Sadness, Disgust, Fear and Anger - take center stage, working to form Riley’s memories, as well as her personality.

The buoyant depiction of their interactions and the film’s heartfelt message about the importance of Sadness, “an emotion that people have always tried to avoid,” according to Docter, appeals to both younger and older generations of moviegoers in Korea.

“Terminator Genisys” was knocked down to third place, while domestic horror-fantasy flick “The Piper,” starring Ryu Seong-ryong, debuted in fourth place, with 437,328 tickets sold. The movie, which many film critics praised for taking an innovative approach to the genre, brought in 3.4 billion won across 634 screens nationwide.

Meanwhile, the American-British film “Woman in Gold” opened with 34,735 admissions for a modest eighth place. Starring Helen Mirren and Ryan Reynolds, the film is loosely based on the true story of Maria Altmann, who waged a legal battle against the Austrian government to reclaim the eponymous painting by Gustav Klimt, which was stolen from her Jewish family by the Nazis.

It was the most-watched “diversity film” - a newly coined term here that refers to non-mainstream movies - this weekend in Korea.