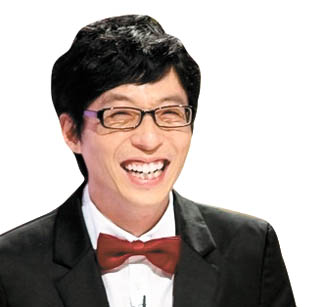 Entertainer Yoo Jae-suk has signed an exclusive contract with FNC Entertainment, according to the talent agency on Thursday.

“The image of Yoo, who is highly loved by the public for his sincere image, along with his talent as an entertainer, perfectly matches the vision of our company.”

The 42-year-old, who is often dubbed as the best reality show host in Korea, formerly did not belong to an agency, but only had a manager that he has been with for 10 years.

Due to his popularity, many renowned agencies, such as YG and SM C&C, have been contacting the TV personality to offer a position in their agency. As a result, his final choice of FNC leaves many of his fans wondering the reason behind his choice.

Many entertainers, such as comedians Lee Guk-joo, Jung Hyeong-don and Song Eun-yi, belong to Yoo’s new agency. In addition, actors Lee Dong-gun and Jung Woo, and singers CNBlue and AOA, are also members of FNC.