The genres of the invited films at the 19th Bucheon International Fantastic Film Festival range from horror and slasher to animation and sci-fi. Provided by the organizer

For those who want a thrilling summer cinema experience, paying a visit to the annual Bucheon International Fantastic Film Festival (BiFan) would be a good choice.

Considered the largest genre film festival in Asia, the 19th edition of BiFan launched its 11-day journey on Thursday, loaded with 235 films from 45 countries.

The genres of the invited films at this partly competitive film event are not confined to the basic horror and sci-fi, but extend to slasher, suspense, grotesque and many more.

Among the invited films, 64 of them will have their world premieres during the event, which is located in Bucheon, Gyeonggi, just outside of Seoul.

The opening spot for the annual festival has been granted to French director Antoine Bardou-Jacquet’s comedy-action “Moonwalkers,” which plays with the long-standing conspiracy theory that Stanley Kubrick faked the Apollo 11 moon landing. It starts with a CIA agent recruiting a guy named Leon to mastermind the fake footage video. His best friend Johnny, a manager of a rock band, joins the team, overturning his hapless life.

Closing out the festival will be the world premiere of Korean director Kim Hui’s horror movie “The Chosen: Forbidden Cave.”

Deeply rooted in Shamanism, the film follows a string of mysterious events happening around a girl who has been handed down a curse from her ancestors. Director Kim has already proven himself in the local film scene for giving the audience chills with his previous project, “The Neighbors.”

In addition to screening diverse films, this year’s BiFan has prepared a number of special programs as well.

Co-hosted by the Japan Foundation, BiFan will showcase eight of Japanese filmmaker Sono Sion’s works under the title “I Am (not) Sono Sion.”

By making extraordinary, sometimes grotesque films, Sion has built a reputation as a cultural rebel in and out of his home country. To celebrate the special exhibition dedicated to him, Sion will visit the city to meet his Korean fans.

Korean indie films will also be highlighted in the “K-Indie” section. To acknowledge the effort made by Korean filmmakers who have made meaningful attempts to blur the lines between genres, seven homemade indie films such as “My Secret Partner” by Park Heon-soo and “12 Deep Red Nights” crafted by Oh In-chun will play for festivalgoers.

The Korean Academy of Film Arts (KAFA), which has been continuously developing 3-D technology for the big screen, has prepared a number of sessions to demonstrate what they have achieved so far.

At the forum on Sunday, experts in the field will discuss the future possibilities for 3-D, including the Screen X technology, which projects motion pictures onto a theater’s two side walls as well as the main screen.

The festival runs through July 26 and takes place at selected venues around Bucheon.


For more information about the festival, visit www.bifan.kr. The website is available in English and Korean.

Top films to watch at BiFan

If you are overwhelmed by the hundreds of options playing at the Bucheon International Fantastic Film Festival (BiFan), here are some recommendations. Below are a few films chosen by the festival’s programmers, based on their quality and public appeal.

This action-comedy directed by Alain Darborg is a nice opportunity to get to know Swedish film.

Following the typical storyline of a caper movie, “The Master Plan” depicts a heist scheme planned out by a guy named Charles who hires three criminals to take revenge on a group of people who killed his uncle.

Each criminal possesses a particular expertise such as making bombs or pickpocketing.

The film is being touted nationwide as a Swedish version of “The Thieves” (2012), Choi Dong-hoon’s popular caper movie that attracted 12 million viewers when it came out three years ago.

Directed by Sono Sion, a Japanese filmmaker who is often dubbed a cultural rebel for crafting violent and idiosyncratic films, one of his latest projects, “Tag,” is having its world premiere at BiFan. 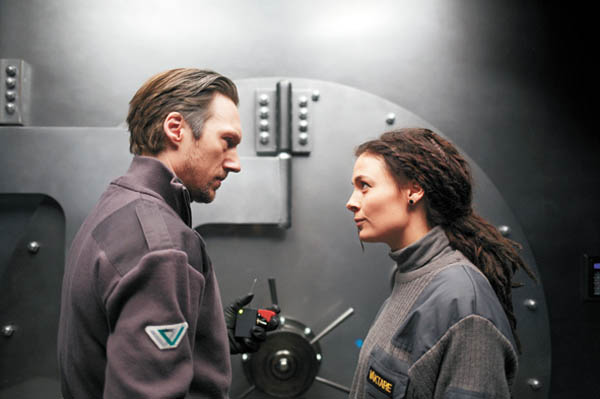 Just looking at the trailer gives an idea about how this movie will turn out: It features a bunch of schoolgirls being massacred by an unknown force that pierces their hearts with bullets and slices their torsos in half with a gust of wind.The blood-filled screen is supposed to be horrible, but somehow it’s kind of funny, probably because it’s the work of Sono.

Festival programmer Alice Yoo described the film as a reminder of the maverick’s early works.

A recent reboot of the post-apocalyptic franchise “Mad Max” has achieved unexpected success in Korea. 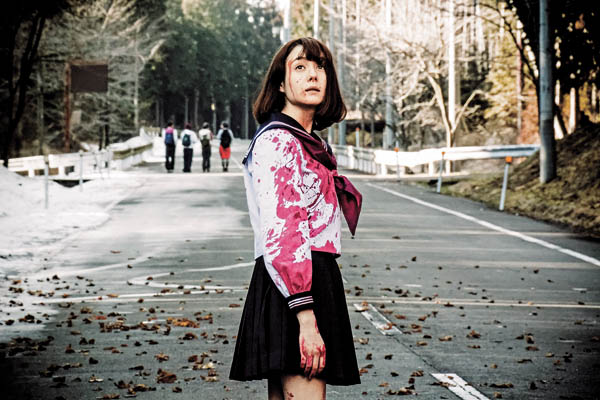 Those who were mesmerized by the sublime beauty of the vast desert and the rattling adrenaline-fueled race, would be highly satisfied with this flick. 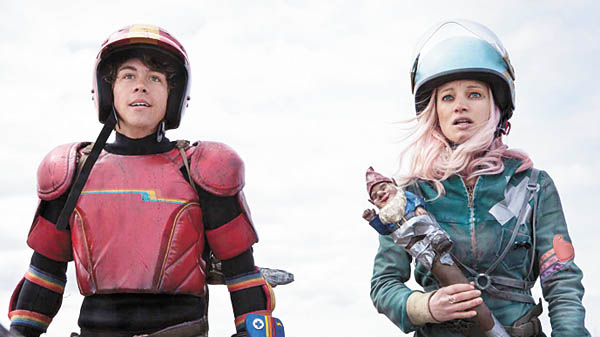 Known as the motorcycle version of “Mad Max,” this film directed by a trio of directors - Francois Simard, Anouk Whissell and Yoann-Karl Whissell - is another throwback to the late 1990s.

It follows the adventure of a kid, who is obsessed with comic books, and his love interest named Apple. The two embark on a journey to save the wasteland from being taken over by an evil force named Zeus.