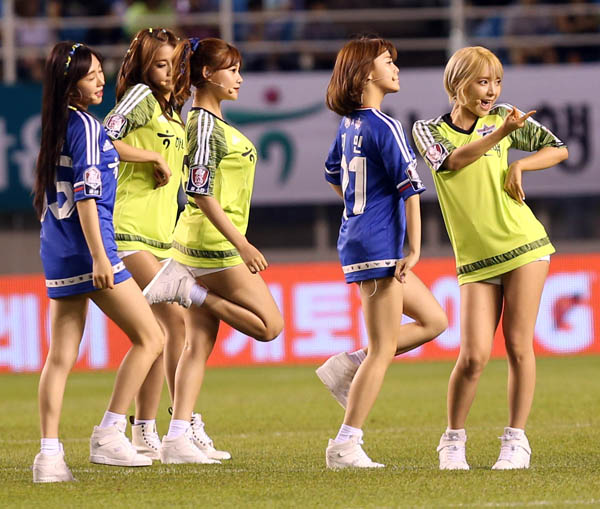 Korean girl group AOA’s performance of their third single, “Heart Attack,” in the music program “Inkigayo” that aired on Sunday was their last performance based on this album in Korea.

The female act, however, will continue showcasing their summer album by performing the single in Japan on July 29, extending their performance area.

Since the album’s release on June 22, the group’s eight members have been actively staging performances based on the music for four weeks, topping various music charts both inside and outside of Korea.

AOA has also earned several trophies on various music programs, such as MBC’s “Show Champion” and SBS MTV’s “The Show,” by hitting No. 1 with the album’s title song, “Heart Attack.”

Through their achievement on their latest summer album, the girl band has skyrocketed to being one of the hottest Korean female acts.

Since their debut in 2012, AOA has been loved by the public for releasing songs with addictive melodies. A few of their hits include “Miniskirt,” “Short Hair” and “Like a Cat.”