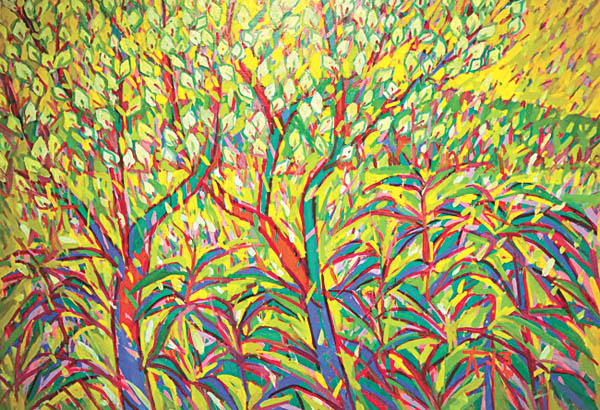 To Aug. 9: The retrospective of Korean modern painter Lee Dae-won (1921-2005) commemorates the 10th year since his death.

It features 22 paintings, many of which depict blossoming trees in orchards. They are painted in short brush strokes with cheerful, bright colors, which is Lee’s signature style.

They are artfully arranged and on display.

For this exhibition, Cruzvillegas collected various objects left behind in some Seoul areas after the residents moved away due to redevelopment projects.

“It is through such recycling that the artist generates new possibilities and novel images for the seemingly useless objects that have lost their original functionality,” the art center explained. 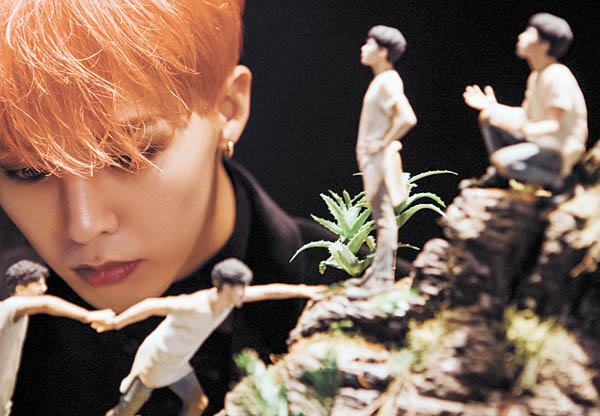 To Aug. 23: “PEACEMINUSONE” is an art show in collaboration with K-pop icon G-Dragon and his agency, YG Entertainment.

The exhibition features three kinds of work: an art collection by G-Dragon; pieces created by artists inspired by the members of Big Bang; and items by artists whose oeuvres the museum’s curators and YG think share many commonalities with the musician’s character.

To Aug. 30: A summary of Poland’s cultural history, the exhibition features 250 different artifacts and paintings.

Among the artifacts are handwritten scores by renowned composer and musician Fredric Chopin (1810-1849), and handwritten documents regarding heliocentric theory by mathematician and astronomer Nicolaus Copernicus (1473-1543).

A number of historical paintings are also included in the show.

Admission is 13,000 won for adults. Opening hours are between 9 a.m. and 6 p.m. on weekdays, excluding Wednesdays, and extend until 9 p.m. on Wednesdays and Saturdays to encourage nighttime viewing. 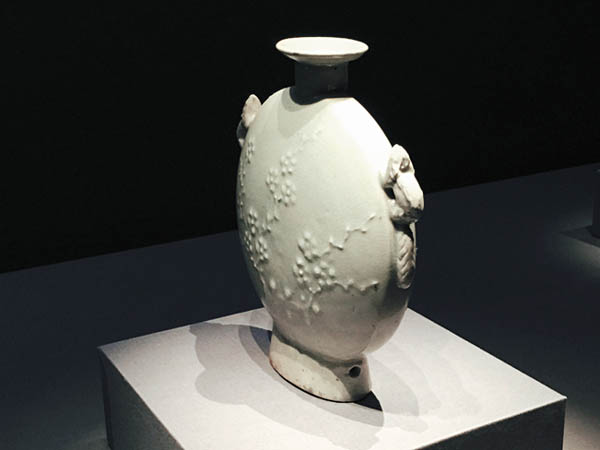 The first section of the show is solely dedicated to flat bottles that are buncheong ceramics, which means grayish-blue ceramic covered in white glaze. This style was popular in the early Joseon period.

There is also a small section of the exhibit dedicated to black flat bottles.