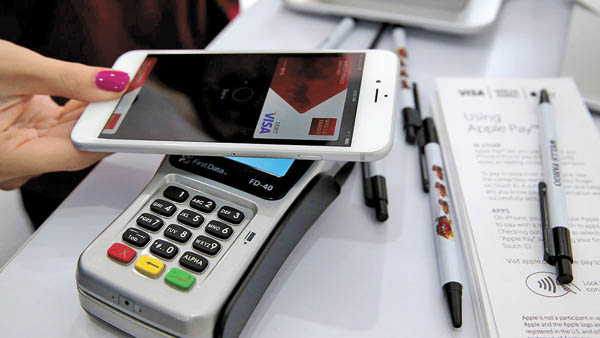 After almost three years in development, the retail industry’s answer to Apple Pay is finally getting off the ground.

A mobile payment app developed by Merchant Customer Exchange - a company founded in Aug. 2012 with funding from Wal-Mart Stores Inc., Target Corp. and Best Buy Co. - has been tested by employees of the retailers and will get a limited trial run next month in stores, according to three people familiar with the situation.

That means shoppers will soon be able to use the technology, called CurrentC, to pay for items with their phones.

The challenge for CurrentC now is playing catch-up against established apps from Apple Inc., Google Inc. and others, and explaining to customers why they should use it. When Apple Pay rolled out last year, CurrentC was derided by critics as a lower-tech alternative that retailers supported because it would give them tighter control over shoppers’ transactions.

Customers also will need assurances that the technology is safe, given the high-profile data breaches at retailers over the past few years, said Julie Conroy, a payments security analyst at Aite Group.

CurrentC itself was hacked last year during an early test.

“Trust is going to be a huge issue for them,” Conroy said.

Merchant Customer Exchange (MCX), expects to formally introduce CurrentC some time in the third quarter, a spokeswoman for Lowe’s, part of the consortium, said in an e-mail.

But Lowe’s will not be part of the initial rollout.

Scott Rankin, MCX’s chief operating officer, confirmed in an e-mail that CurrentC will begin public tests this year, without being more specific. He also said MCX was “making good progress” on bringing the app to the market.

“We expect there to be more than one successful player in mobile payments, and we expect to be one of them,” said Rankin, a former executive at Staples Inc.

At stake is a fight over money and customer data. Retailers have long loathed paying fees for credit card use in their stores. That has led to battles on multiple fronts, including multibillion-dollar lawsuits and a successful lobbying effort that cut fees in the 2010 Dodd-Frank financial reform.