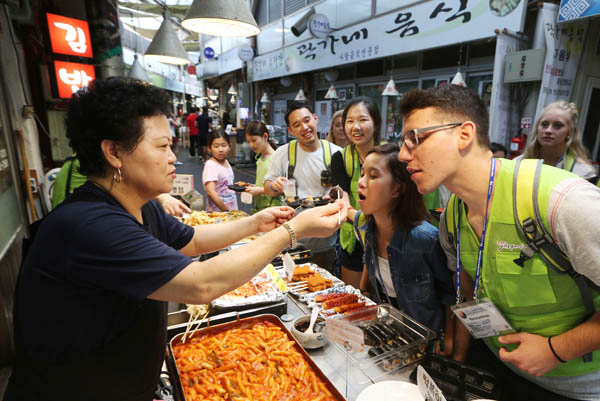 A participant in a summer camp offered to youths from the nations that served as part of the United Nations Forces during the 1950-53 Korean War tastes traditional street food on Sunday during a tour of Tongin Market in central Seoul. More than 100 young people from 17 countries attended the camp. By Cho Mun-gyu