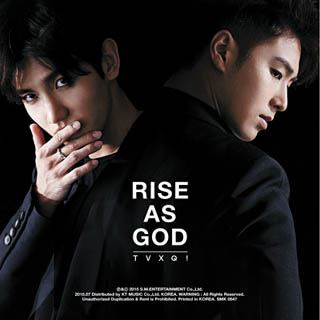 
TVXQ released its special album “Rise as God” on July 20. One and a half years have passed since the group released the repackage of its seventh album “SuriSuri.” “Rise as God” may have a special meaning for fans since both members of the group are expecting to join the military this year.

Including four solo tracks sung by both members, the album contains 10 songs in various genres such as dance, ballads and R&B. Numerous hit-makers such as The Underdogs, Jamie Jones (from the legendary R&B group All-4-One) and Korean composer Kenzie helped produce the album.

U-Know’s solo “Champagne,” has a funky beat and hip-hop groove, reminding us of a hot summer night’s dance party. The lyrics are impressive as U-Know uses “Champagne” to make a confession to his love. In the song, the repeated line “Girl I only want you tonight, got only one day, only one take, only one chance,” with U-Know’s unique voice, is catchy.

Max’s solo “Rise as One” is an EDM (Electronic Dance Music) track that harmonizes a progressive sound with an acoustic guitar melody.