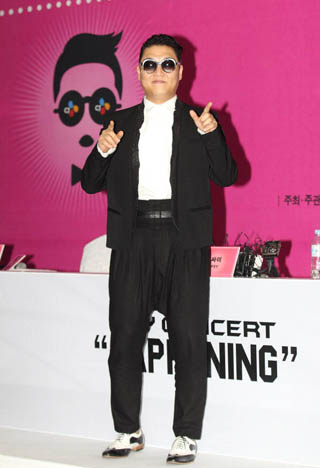 Worldwide superstar Psy will release a new album in late September, according to people affiliated with the music industry on Tuesday.

Even though the specific date when the 37-year-old will unveil the new record has not been finalized, he is reported to be currently working on the album.

A person close to the singer commented that “Psy has expressed his willingness to release and perform the new album in Korea first.

“After making up his mind that he will work on the new record as an average singer instead of trying to rise as the world star again, his work is apparently progressing favorably.”

Music producer Yang Hyuk-suk, the head of Psy’s agency, YG Entertainment, is working on the album with the artist.

According to Yang, “After receiving an unexpectedly huge following from his hit ‘Gangnam Style,’ he has been confused over whether he is a Korean singer or a U.S. singer during the past two years.

Psy’s new approach to his music has left many of his fans wondering how he will maintain his popularity among his followers, both in Korea and around the world.