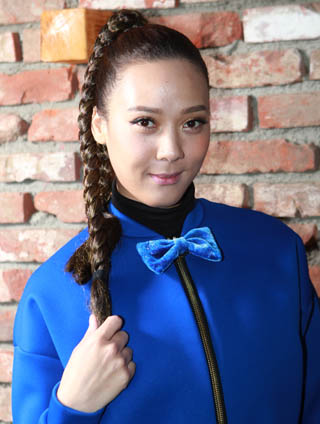 Female rapper Yoon Mi-rae has been confirmed to release a collaboration single with the internationally renowned DJ Boys Noize.

Yoon and the German musician will unveil the new single, “Capture the City,” on Friday.

The upcoming song, which delivers the core message that one should truly appreciate the city that he or she lives in, has gotten attention from Seoulites.

The 34-year-old female rapper is said to approach Seoul from a whole new perspective.

The collaboration between the two is highly anticipated by their fans as they are both well-known musicians in the prime of their respective careers.

American-born South Korean Yoon is often dubbed as the best female rapper in Korea and her music has been widely acknowledged by the public through hits such as “Haru Haru,” “Memories” and “Black Happiness.”

Boys Noize, an immensely acclaimed electronic artist, received the Independent Music Award in 2010. He was also picked as Best Electronic Artist on Beatport three years in a row.

He became a familiar presence to Koreans after working on the all-male act Big Bang’s special edition album “Still Alive.”