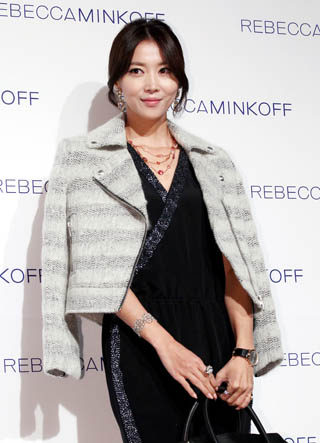 Oh will be portrayed as Lee’s biggest foe in the new SBS drama. Oh’s character wishes to win over Saimdang, played by Lee, but constantly fails.

The upcoming project will be Oh’s first after appearing in MBC’s “Angry Mom.” “Saimdang: The Herstory” is her first historical drama since she made her acting debut through “Into the Storm” (2004).

Oh’s latest drama will shuttle between the past and the present. Lee will play the double role of Shin Saimdang, a calligraphist, painter and mother of scholar Yulgok from the Joseon Dynasty, and a college instructor living in modern Korea who majored in the history of Korean art.

The drama is expected to start shooting in August and is scheduled to be aired early next year.