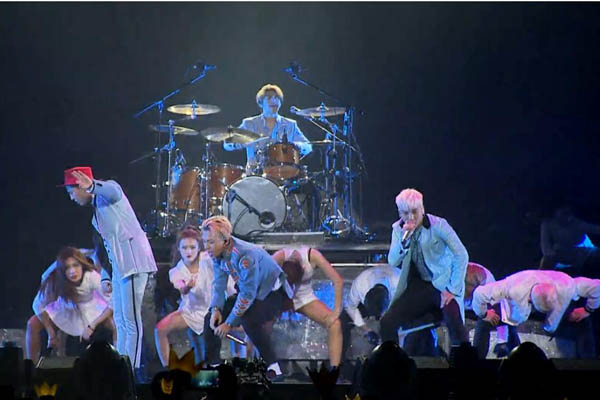 Big Bang, arguably the nation’s top all-male act, has successfully completed their concerts in Malaysia, the Philippines and Indonesia, which were included as part of their “Big Bang 2015 World Tour ‘MADE.’”

Members G-Dragon and Taeyang described their latest performance as “the hottest concert” and “the best show” in their SNS accounts, and also thanked their fans for their support.

The boy band kicked off their performances on July 24 and 25 in Malaysia and moved on to the Philippines to hold another concert on July 30. They performed in Indonesia on Saturday.

The boy band’s new single, “E,” is scheduled for release on Wednesday.