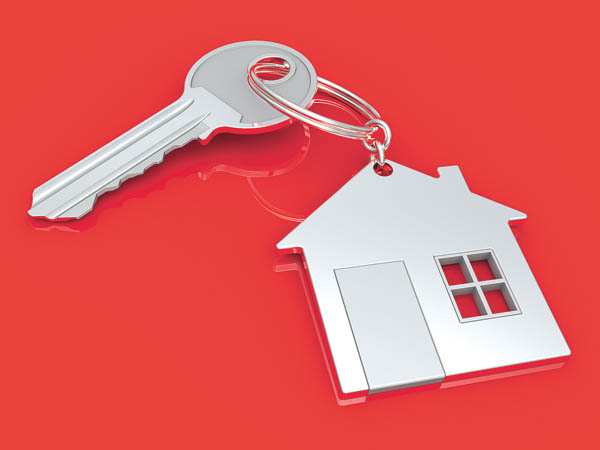 A growing number of renters are part of a new trend who are switching their contracts to save on their monthly payments.

Options on contract terms ? joense, semi-joense, wolse and semi-wolse ? involving monthly payments and deposits have become commonly understood terms among the city’s apartment-hunters who are trying to negotiate the best deal possible in a slowing economy.

Understanding the difference can make the difference between affording that perfect new home or being less than happy in less desirable accommodation.

Kim Jin-young, 46, recently signed a contract to pay monthly rent of 650,000 won with a security deposit of 140 million won as her jeonse contract expired in Bundang, Gyeonggi. 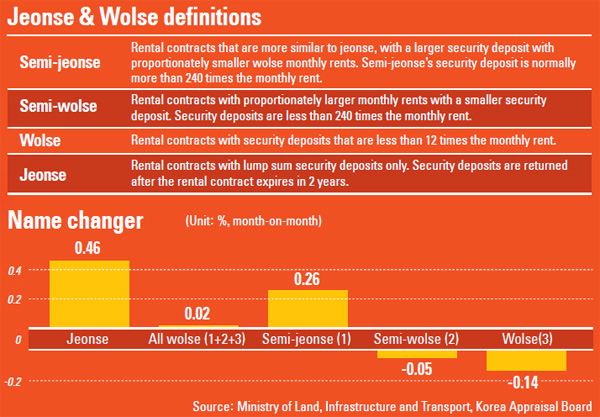 She opted to sign a semi-wolse contract ? converting amount of jeonse price increase into a monthly rent ? as prices of jeonse contracts have jumped significantly.

Statistics issued by Korea Appraisal Board, however, do not reflected the new trend. While jeonse prices have only gained 0.3 to 0.6 percent on a monthly basis, wolse prices appear to have risen only 0.1 percent monthly.

And this is because renters like Kim have been categorized as wolse renter.

The government has come up with new statistics that have broken down existing wolse agreements into semi-jeonse and semi-wolse.

Semi-jeonse deals refer to rental contracts that are more similar to jeonse, with a larger security deposit with proportionately smaller wolse monthly rents.

For instance, in a neighborhood where the jeonse price is 400 million won, a contract that requires 300 million won down payment over 500,000 wolse is considered semi-jeonse because the security deposit is more than 240 times ? or 120 million ? the wolse.

Pure wolse refers to a rental contract where the security deposit is less than 12 times the monthly rent.

“What was previously referred to as half-jeonse had been mistakenly understood as a contract whose security deposit is more than 50 percent the average jeonse price, so we decided to use the term semi-jeonse,” said Kwon Hyeok-jin, an official at the Ministry of Land, Infrastructure and Transport.

According to new July wolse price trends released by the Korea Appraisal Board, wolse prices in July stopped short of rising 0.03 percent month-on-month.

A lot of semi-jeonse converts jeonse price increase into monthly rents, so their prices are expected to continue rising.

“Because of interest rates’ falls, land owners are converting jeonse into semi-jeonse contracts,” said Kim Se-gi, an official at Korea Appraisal Board.

“Because of steady demand for jeonse, semi-jeonse prices will likewise go up.”

Joongang Ilbo’s study of jeonse and wolse prices of 85 square meters-sized Ricenz apartment in Jamsil during the first half of 2013 and 2015 showed that the proportion of semi-jeonse contracts has increased.

But this year, jeonse accounted for 52.1 percent of 192 rental contracts, down by 8.6 percentage points.

In contrast, semi-jeonse accounted for 29.7 percent of rental contracts, up by 11.7 percentage points. Semi-wolse contracts accounted for 18.2 percent, down from 20.9 percent in 2013.

“Due to the drought of jeonse contracts, semi-jeonse that pays little bit of wolse over a sizable security deposit has become popular.”