Director has hope for film industry

Director has hope for film industry 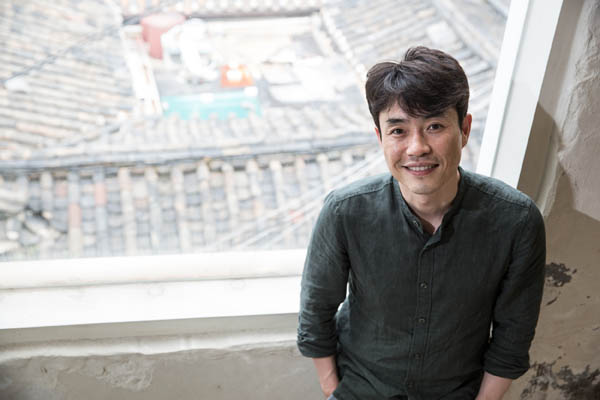 On its opening day, the movie recorded the No. 1 advance booking rate of 26.4 percent, pushing Hollywood blockbuster “Mission: Impossible ? Rogue Nation” down on the list, according to the Korea Film Council. Many critics have been raving about the film even before the opening.

“Because [the movie] is about the world I know and the story about people I know, it was comfortable for me,” said Ryoo in a recent interview with Ilgan Sports, an affiliate of the Korea JoongAng Daily.

The movie is about a third-generation business tycoon named Jo Tae-oh, a supercilious character who is pursued by a local detective. Some of the scenes feel so real, they will remind the audience of particular companies or people.

Ryoo, who wrote and modified the screenplay seven or eight times, tried to offer lighter entertainment this time around, in contrast to his previous film, “The Berlin File,” which told the story of North Korean spies.

Q. You directed and wrote the screenplay for this movie. How did you like the work?

A. Because this is the world I know, there is a big difference from the time I did “The Berlin File.” I, of course, feel more comfortable when I work on things I know already, just like when jokes or humorous comments become more fun when you and the listeners already know basic things about each other. But my feeling comfortable doesn’t mean that the work is easy. It just means that I’m comfortable [working out the troubles].


How was working with Yoo Ah-in for the first time?

He was the perfect choice to play Jo Tae-oh. His face is very distinct, so I don’t need to add any explanation on that, and his acting as well. He was very good at keeping himself in good condition.

Supermodel Jang Yoon-joo tried acting for the first time in this movie. Why did you cast her?

The role she was playing was important, and when I put her face on the casting board, I just felt something. It felt like the movie got fresher. She was excellent in analyzing the lines during the audition and maybe it’s because she studied movie directing before. She was different from other actresses, and she brought the freshness. I was so thankful that the top model dropped everything and put forth her best effort to act in this movie.

No one dies in your movie. Isn’t that rare to see in an action movie? 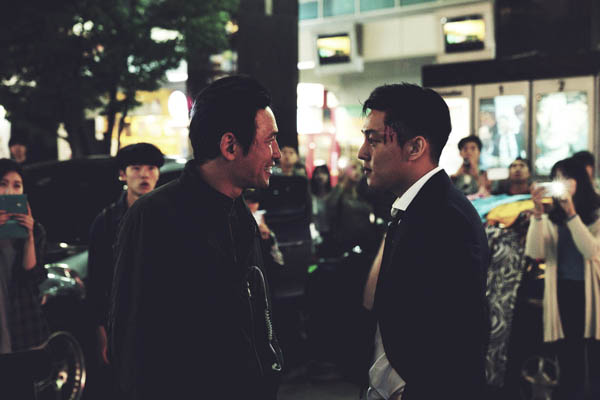 No human dies. When it comes to scenes where I have to deal with human life, I can’t really write scenes where people die so easily, though I did write scenes of people dying before. I didn’t want the movie to be based on personal revenge, and I want it to show how a person gets justice through the legal system.

The break-even point for this movie will be reached when it garners 2.8 million ticket sales. Based on the quality of the movie, it seems that you must have spent more. How was this possible?

I’m good at making good quality movies with a low budget (laughs). It was possible because producers and staff cooperated with one another well. The team was great. In the movie, we don’t show the house of tycoon Jo Tae-oh. I wanted to shoot Jo’s house, but I gave up because it would have cost a fortune (laughs).

The movie has to compete with many other Korean movies, including “Memories of the Sword” and “Assassination.” Do you think you are ready for battle?

I want all the movies to do well. The sense of crisis in the industry is quite huge, especially since the first half of this year. This crisis is not so simple because it is coming from the generation change [of the audience and movie experts]. So every movie we do is important. “Sword” and “Assassination” need to do well so that other movies in the same genres, martial arts and action, can get another chance to become big. For the overall industry, we all need to do well.