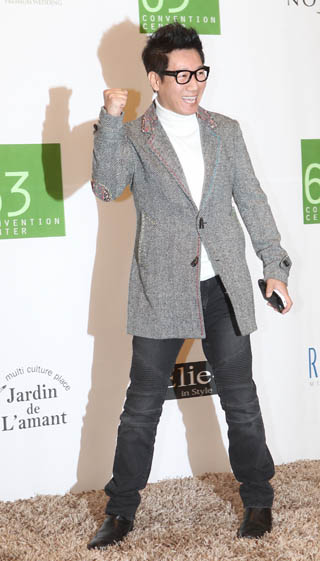 “It is true that we contacted the TV personality, and as far as we’re concerned, he is looking over [the contract] positively,” the entertainment company said on Sunday. “But nothing has been confirmed yet.”

Rumors over Ji joining the new talent agency went viral, after pictures of the celebrity walking out of the FNC building holding an envelope full of documents spread across the Internet late last week.

Since his debut in 1992, Ji has been appearing on various programs, such as “Star Golden Bell,” “Death Camp 24 Hours” and “Survival King.”

The entertainer recently became an internationally renowned figure, thanks to the reality program “Running Man,” which has a high viewership not only within Korea, but also in various Asian countries such as China.