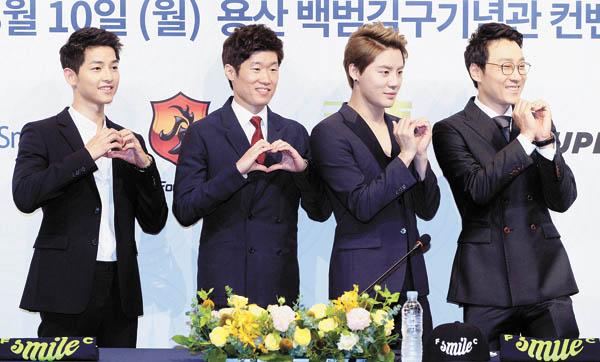 The team, which includes celebrities like actor Song Joong-Ki and singer Kim Jun-su, as well as Hong Kong superstar Jackie Chan, will play football matches to raise money for treating children with facial paralysis and other ailments.

At a ceremony held at the Kim Koo Museum in central Seoul on Monday, Park, who is now president of JS Foundation, said that there will be an Asian Smile Cup held in China and Korea next January and June.

“In Europe, there are many charity events that utilize football, but in Asia there are not that many,” Park said.