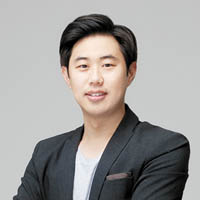 A 35-year-old venture capitalist has been named to head Daum Kakao, the operator of search engine Daum and mobile instant messenger KakaoTalk, in a rare case in Korea’s corporate landscape of a younger man taking the helm.

The company said the appointment is intended to improve innovation to keep up with the pace of the fast-changing industry.

The move is the first major leadership reshuffle at the company since the merger of Daum and KakaoTalk last October.

The management shift is considered radical in Korea, where the majority of top seats at big companies are dominated by older men in their 50s.

The average age of the top 500 companies’ CEOs in Korea is 59.3, according to CEO Score, a corporate evaluation site.

“While truly excited, I also feel heavy responsibility in spearheading the next phase of growth for Daum Kakao, which has been a pioneer in the mobile market,” Rim said.

“I will do my best to accelerate Daum Kakao’s transformation to become not only a prominent mobile company in Korea, but also a competitive player in the global market.”

After graduating from KAIST with a degree in industrial engineering, he began his career as an analyst at Accenture and then moved to the corporate strategy office of NHN.

His critical career experience appeared to be built at SoftBank Ventures from 2007 to 2012, where he led funding decisions. After his stint at the venture capital firm, Rim joined K Cube Ventures as the founding CEO in 2012.

The two outgoing heads backed the appointment. “We recommended Rim because we believe he is an ideal leader for ushering Daum Kakao into a new era of mobile innovation,” Choi said.

“Daum Kakao has been at the forefront of the mobile platform industry,” Lee said. “But greater challenges that we can’t yet imagine lie ahead of us.”

Rim will officially take over Daum Kakao when shareholders agree to the decision at an extraordinary general meeting on Sept. 23.