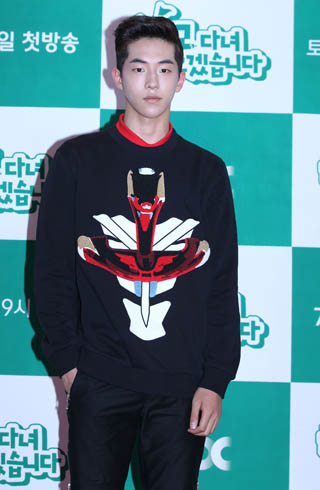 “Nam is currently negotiating the final details for his participation,” said the 21-year-old’s talent agency, YG Entertainment, on Wednesday.

In the 50-episode TV drama, the model-actor will play the young version of the lead male character named Jin Hyung-woo, playing an essential role in setting up the relationship structure between characters. He will be portrayed as a good-looking, smart and humorous person and the first love of the main female character.

The story will portray the turbulent lives of a daughter and her stepmother, and the men they love.

The melodramatic series will mostly deal with main characters’ suffering, sacrifice and ambition, which ultimately shows the love of family.

The upcoming drama will be a follow-up to “Splendid Politics,” which is scheduled to end its run in late September.

Nam will be keeping busy, as he is also set to appear in the widely talked about drama “Cheese in the Trap,” right after he completes shooting for “Brilliant Seduction.”