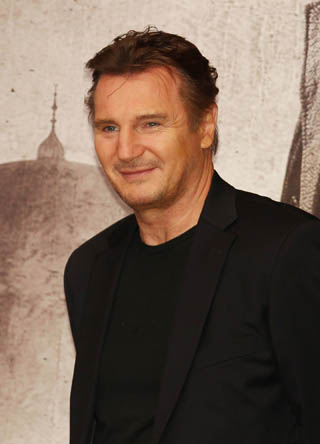 The production company for the film officially announced that Neeson is confirmed to be starring in the upcoming movie through a press release Wednesday afternoon.

“The film has already started receiving a great amount of attention after the news came out that Neeson will take part in the project,” said a person involved with the historical film.

“The celebrity will engage in shooting in Korea.”

The upcoming film draws upon the true story of United Nations forces carrying out Operation Chromite, the code name for the Incheon landing operation directed by Gen. Douglas MacArthur during the first year of the 1950-53 Korean War.

In the movie, Neeson will take on the role of the main character, General MacArthur, who played a crucial role in bringing a decisive victory in favor of the UN.

The flick is planned to premiere next June 25, which is the date the Korean War began in 1950.

The Hollywood star has played roles in various hit films, including “Kinsey” (2004), “Michael Collins” (1996) and most prominently the 1993 Oscar winner, “Schindler’s List.” However, the 63-year-old became widely known to Korean fans after starring in the thriller “Taken” (2008).