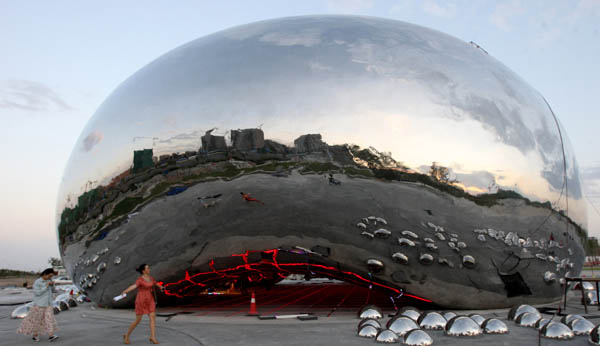 A stainless steel sculpture “in the shape of an oil bubble,’’ left above, will be unveiled later this month in Karamay, in China’s Xinjiang Uighur Autonomous Region. Renowned British-Indian artist Anish Kapoor has expressed outrage about the appearance of the sculpture in China that appears identical to his “Cloud Gate” in Chicago, above. This photo, taken Aug. 9, shows Chinese residents walking past the giant sculpture under construction.[AP]

LONDON - Renowned artist Anish Kapoor has expressed outrage about the appearance of a sculpture in China that appears identical to his “Cloud Gate’’ in Chicago.

Representatives of the British-Indian sculptor said Wednesday he was shocked at the “blatant plagiarism’’ of his sculpture, a giant, mirrored piece displayed in Chicago’s Millennium Park that reflects the city’s skyline.

Reports in China, including one from state-run media People’s Daily, say a “stainless steel sculpture in the shape of an oil bubble’’ will be unveiled later this month in Karamay, a city in the far northwestern region of Xinjiang, known for its rich oil fields. Work on the sculpture began in 2013, at the site of the city’s first oil well.

The reports carried photographs of the Chinese sculpture, which resembles Kapoor’s. It is not immediately known who created the Chinese “oil bubble.’’ 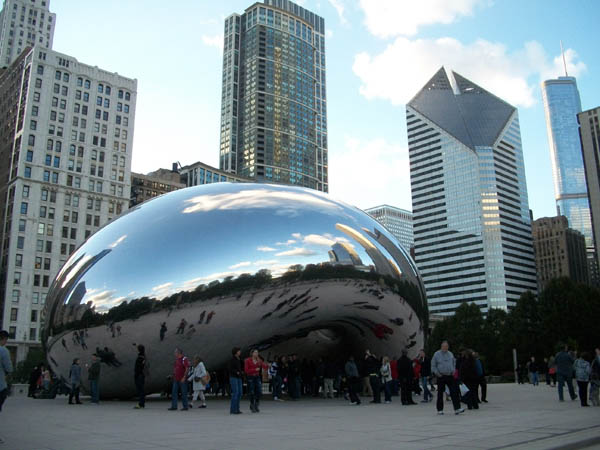 In a statement Wednesday, Kapoor said he wanted to “take this to the highest level and pursue those responsible in the courts.’’

“It seems that in China today it is permissible to steal the creativity of others,’’ he said. “I hope that the Mayor of Chicago will join me in this action. The Chinese authorities must act to stop this kind of infringement and allow the full enforcement of copyright.’’

Many Chinese people have bemoaned the prevalent plagiarism in their country - even for high-profile projects.

One of the official songs for the 2022 Winter Olympics, which will be held in China, has been criticized for its similarity to “Let it Go,’’ the hit song from the Disney film “Frozen.’’