[Cooking with Her Excellency, Pakistan]Rice dish the heart of Pakistani cuisine

[Cooking with Her Excellency, Pakistan]Rice dish the heart of Pakistani cuisine 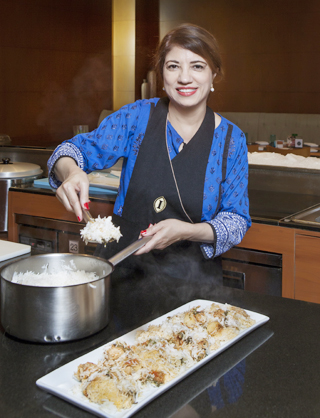 Raheela Nasrullah Khan, the wife of the Pakistani ambassador to Korea, serves up freshly made chicken biryani at the InterContinental Seoul COEX in southern Seoul. By Park Sang-moon

The dish that Raheela Nasrullah Khan has chosen for the 14th edition of this series has perhaps the longest list of ingredients.

From chicken and basmati rice to cumin seeds, coriander powder, turmeric and many more, the wife of the Pakistani ambassador to Korea was keen to produce the most authentic taste for a traditional dish that dates back centuries in her home country.

For Khan, making the elaborate, aromatic dish of chicken biryani was noteworthy in that it was one of her very first activities after being appointed the vice president and liaison of the Ambassadors Spouses’ Association in Seoul.


Q. Why did you choose chicken biryani for today’s main dish?

A. Biryani (rice mixed with spices, meat and vegetables) is one of the main dishes of Pakistani cuisine, which is very popular in all provinces of Pakistan and favored by the young and old alike. Biryani’s history dates back to the courts of the Mughal Empire (1526-1857).

Although rice and meat - lamb, beef and chicken - are the main ingredients of this dish, vegetarians can enjoy it by incorporating vegetables of their choice, while seafood enthusiasts may add fish. The rich aroma of biryani is derived from the variety of herbs and spices. 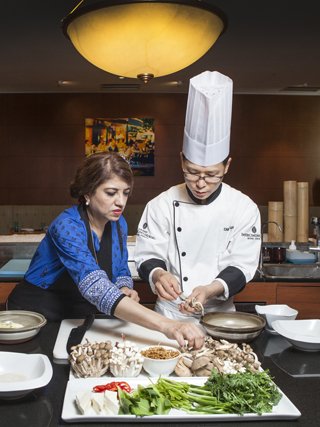 This dish is largely enjoyed on special occasions like weddings, family gatherings and festivities.


What Korean culinary aspect can you find in your Pakistani dish?

I have not come across any Korean dish similar to biryani so far. The only common aspects are rice and spicy gravy. Although rice is a staple food for Koreans like Pakistanis, our basmati rice is starkly different from the sticky kind used in Korean cuisine.

Our rich and delicious cuisine is based on a long historical tradition of cooking excellence, and it has changed since ancient times. The Mughals, Persians and Turks have all contributed to the creation of what we call today Pakistani food. From the majestic peaks of our mountain ranges to the abundant waters of the Arabian Sea, Pakistan is wealthy in natural resources and enjoys the four seasons.

We love to use fresh ingredients in our cooking and hence attune our cooking to the seasonal changes. Food grilled over charcoals like kebabs and meat tikkas are a very popular part of barbecue food. Meat and lamb curries are also very popular. Vegetables and lentils are also part of Pakistani cuisine. Besides rice, naan-like pita bread and chapatti (unleavened flatbread) are essential. 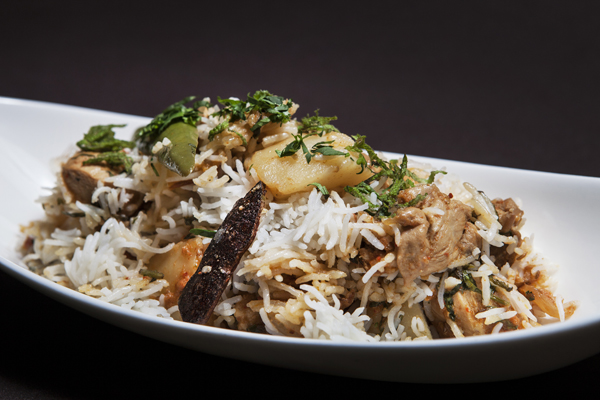 There are several ways to cook rice, from plain rice to pulao (pilaf, or rice cooked in seasoned broth) to biryani. Onions, tomatoes, garlic and ginger are staple ingredients of Pakistani dishes. Spices like salt, red chili powder, cardamom, cloves, coriander seeds and cumin seeds are full of aroma. Fresh herbs like coriander leaves and mint leaves are widely used.

Since we have four provinces, dishes bearing the same name can be prepared in very different ways, with the variety coming from ingredients and cooking styles. In every Pakistani house, dinner is never complete without desserts.

The common desserts are rice kheer (rice pudding), vermicelli, carrot halwa (candy made with carrots, ghee and nuts) and sweets like gulab jamun (a milk-solids-based dessert), barfi (confectionery made with condensed milk and sugar) and kulfa (ice cream).

There are certain types of foods and snacks that hold significance in different weather conditions. For example, the snack-like pakora (fritter) and samosas are popular during the rainy season. Mango or plain lassi (yogurt drinks) and lemonade are very popular drinks during the summer time.

There is an abundance of fresh fruits like mango, orange, guava, lychee, plum, apricot, banana and watermelon. Known as the king of fruits, mango from Pakistan is known to be best in the world.

Dried fruits and nuts like almonds, pine nuts, walnuts, raisins, peanuts and pistachios are consumed abundantly during the winters and are also used in cooking.


What Pakistani ingredients are hard to find in Korea?

Almost all ingredients are available in Pakistani stores and international markets in Itaewon-dong, central Seoul, but I still prefer to bring my own supply of basmati rice from my home country. Some fresh vegetables like ladies’ fingers (okra) are very hard to find here, and I’ve noticed how the spinach tastes very different from that of where I came from.


How has being in Korea changed the way you cook?

Being a Muslim, I can only eat halal meats, but the ones available here are all frozen so I cannot enjoy preparing the authentic taste of my country’s food, especially curry. My culinary style hasn’t changed much, though, because I can find almost every other ingredient in Itaewon.


What Korean dishes are your favorites?

I like japchae (stir-fried glass noodles), as I am fond of mushrooms and noodles. I also enjoy eating bread, buns or cakes made out of sweet potato, as these are quite unique to my experience. Whenever I go to Myeong-dong I have hotteok (sweet pancake filled with nuts). Kimchi is also my favorite. 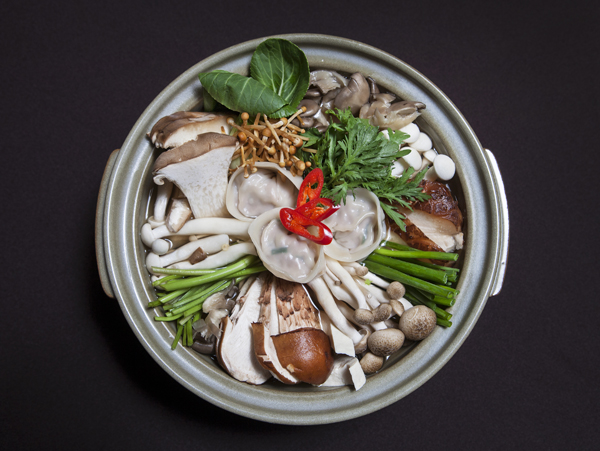 Please give us your personal observations of Korea, how it compares to your country or other countries which you have lived.

I arrived in Korea in November 2013 and I enjoy living in this developed, modern country. People here are very friendly and hospitable. I don’t feel like a stranger, and find it easy to move around as people are always willing to help. We in Pakistan, like Korea, enjoy the four seasons. There is a lot of snowfall in the northern regions, and winter temperatures can plummet well below minus 5 degrees Celsius (23 degrees Fahrenheit). But in summer, it’s much hotter than Korea. In some places, the temperature can soar as high as 49 degrees Celsius, and it is also way more humid.


Which place in Seoul do you enjoy visiting the most and why?

I love to walk on the high streets in Itaewon near my residence. Namsan Park (in Jung District, central Seoul) is also my favorite place to walk around. Besides, Namdaemun Market (in Jung District) and Myeong-dong are nice places to visit despite the congestion. They are rich in culture and tradition, and I can easily purchase products at reasonable prices.


Every great capital has a diplomatic corps representing their countries and promoting their own cultures. Ambassadors are expert entertainers and their spouses are often skilled at introducing the cuisine of their homeland to their foreign hosts. In this series, the Korea JoongAng Daily asks the spouses of Seoul’s ambassadors to introduce our readers to a favorite entree from their homelands. In each installment, her excellency will be joined by a chef from one of the two InterContinental hotels in Seoul who prepares a Korean dish that complements the foreign offering. Mashitge deuseyo, bismillah and bon appetit!