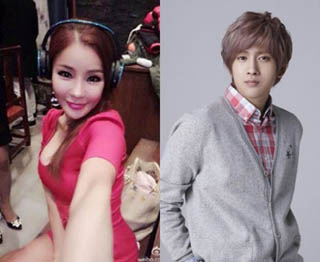 Singer Mina has acknowledged her romantic relationship with Ryu Phillip from the boy band SoReal, despite their 17-year age difference.

“They have been seeing each other since June,” adding that further information cannot be disclosed, since Ryu enrolled in mandatory military service last Thursday.

The boy group member’s talent agency, Star Empire Entertainment, said, “Since Ryu is currently serving in the military, it is not easy to ask him. We will make a public announcement as soon as we get in touch with him.”

Mina rose to fame through her hit “Pick Up the Phone” during the 2002 FIFA World Cup. However, she could not maintain popularity after the hit.

Ryu debuted as a member of SoReal last year through the single “So Real Story.”