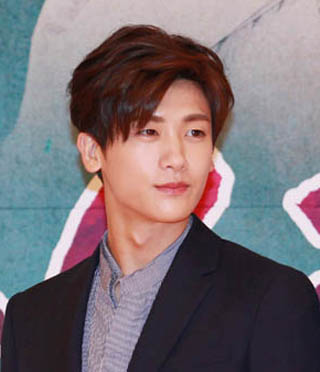 Idol singer Park Hyung-sik, member of boy group ZE:A, has been expanding his career to acting by taking parts in a series of TV dramas. Most recently, he worked on SBS’s “High Society,” playing the role of Chang-soo, a chaebol scion born with a silver spoon in hand but falls in love with a financially struggling, ordinary girl.

The singer, who has also participated in the reality show “Real Men,” said he always finds fun in doing new things and that has led him to where he is now.

“Whatever I do, things are always fresh and fun,” Park said in a recent interview with Ilgan Sports, an affiliate of the Korea JoongAng Daily.

“I always try to find what’s new, and I never really felt regretful about my path.”

Q. How did you feel when you were cast with other actors and actresses to play a lead role in “High Society”?

A. I knew the drama itself would shine, as many viewers would think it’s [interesting] to see many new faces [that haven’t done many dramas] in a drama. Then they could develop a new point of view toward the story and characters.

You seemed to act well in the drama. How do you evaluate your performance?

I was just lucky and fit well with the character I was playing. I’m not so certain that I will get such a compliment again in my next piece. I feel happy that many applauded my performance, but I will never be arrogant based on such reviews. I have to continue working as hard as I have been in the past. I just put forth my best effort in acting each and every scene, and that accumulated to make me fit the character naturally.

Many say you have gotten better looking. Do you agree?

I have been hearing that a lot. It’s not that I have gotten plastic surgery. I have not really taken good care of myself until now. I would eat no matter [how late it was] and just sleep. My face was always bloated and looking fatter.

Before I started filming for the drama, I started to focus on taking care of myself. I worked out and ate chicken breast, and avoided sodium intake. That made me have a sharper jaw line and bigger eyes. I felt like a new me.

But you haven’t done a movie yet. Do you want to do one?

As a matter of fact, there is one film that I’m currently in talks over, but I’m not sure things will go well. I really want to do a movie. I especially like Korea’s own noir genre. And sometime, I also want to play a very masculine role. But I think I want to do all that when the time is right. I still lack in many things, so I just want to keep working at it.