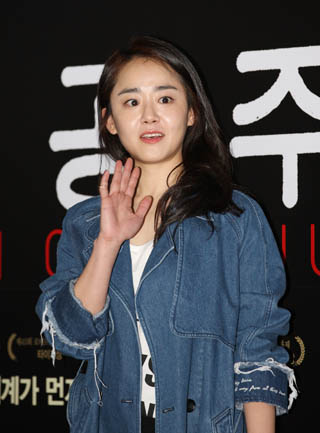 Actress Moon Geun-young has been confirmed to be starring in a new SBS drama named “The Town” (working title), according to the 28-year-old’s talent agency, Namoo Actors, on Sunday.

The upcoming series has as its main backdrop a peaceful town in which hardly any crime incidents occur. However, the story unfolds when a corpse that had been secretly buried is discovered.

The plot thickens as people try to find out who the dead person is and why the person had been buried alive. In the project, Moon will take on a character named So-yoon, a teacher who plays a major role in finding out the truth about the corpse.

“The Town” is being highly anticipated by many of Moon’s fans, as it will be her first appearance on the tube in nearly two years since her last series, “Goddess of Fire” (2013). Moon will also soon be seen on the big screen in “The Throne,” slated to come out in September.

In the upcoming drama, various other celebrities, including actresses Shin Eun-kyung and Jang Hee-jin and actor Kim Min-jae, will join Moon.

The first shooting for the project is scheduled to take place in September, and the program is slated to air in October.