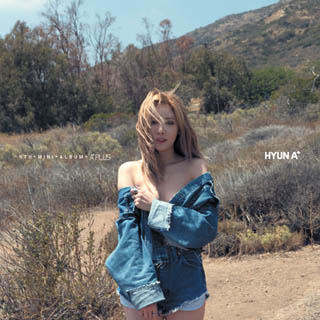 
Following last year’s solo album “A Talk,” Hyuna, a singer who has an unrivalled stage presence, has returned with her fourth mini album, “A+.” This time, she aimed to add her signature self-confidence to the album.

“Because I’m the Best” is a trendy track where Hyuna’s voice combines with a simple but impressive base and chic beats.

Along with the lyrics “Because I’m the Best” is an impressive hook which is enough to make anybody admit that Hyuna is a true idol star. The title track also features Jung Il-hoon from boy group BTOB.

Female rapper Yuk Ji-dam and Kwon Jung-yeol from indie band 10cm also took part in the album, diversifying the tracks that range in styles from classy hip-hop to restrained R&B and urban.

Not only her songs but also her trailer video and images, which were shot with Los Angeles as a backdrop, have already been receiving much attention due to Hyuna’s extremely sexy and revealing look.