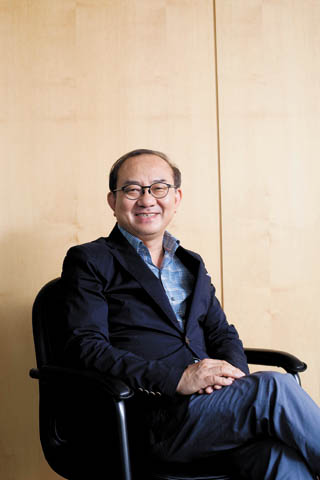 It’s been two years since Kim Bong-ryol, president of the Seoul National University of Arts (K-ARTS), took over leadership of the country’s sole state-run arts college. The aim of the school for the past two years, according to Kim, has been focused on education. Now, moving to the next phase, Kim said it’s time for the school to focus on creating new works and serve the community with the arts.

“There are three roles of a school and the first is education,” said Kim in front of local media last week at the university’s new Daehangno campus in central Seoul. “Next is research. For our school, which is a university of arts, it will be creating new works. Third is to share what we have created with society.”

Emphasizing how K-ARTS has produced numerous artists who are prominent on the global stage, Kim said the school will now focus its capacity on creating the “classics of the future.”

To enable this, Kim has a plan to combine various genres of arts - possible since the school is the only university of arts in Korea with 26 departments in six schools including music, drama, film, TV and multimedia, dance, visual arts and Korean traditional arts. 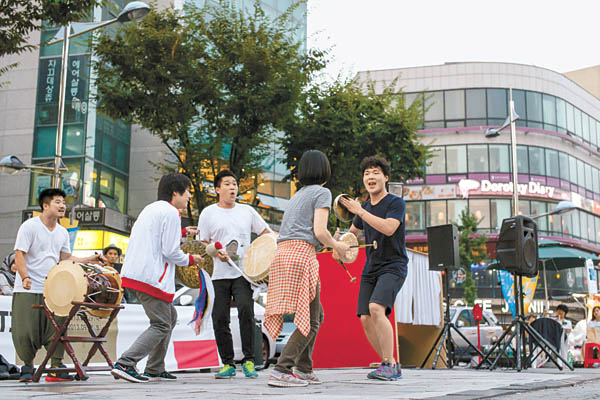 As part of the Culture Day program by the Seoul National University of Arts, “Art Trekking,” students will hold street performances on Wednesday at 10 different areas in Seoul and Gyeonggi.Provided by the university

“We believe the door to a new creative world can be opened by converging different genres of arts together first within our school, like converging together fine arts and music or traditional arts and visual arts,” said Kim.

For this, the school will establish a new Convergence Creative Center in October, probably at the school’s new Daehangno campus, which is its third campus.

K-ARTS is already producing 200 new cultural works every year and holds about 500 performances. Among the latest star students and graduates is the 20-year-old violinist Lim Ji-young, who won the grand prize at the prestigious Queen Elizabeth Music Competition this year. She became the first Korean violinist ever to win the highest honor at this competition. There’s also Na Young-kil, who won the Golden Bear for Short Film at the Berlin International Film Festival earlier this year with his graduation project, “Hosanna.”

As for contributions to society, K-ARTS will participate in the Ministry of Culture, Sports and Tourism’s Culture Day, which takes place on the last Wednesday of each month. From this month, in which Culture Day falls tomorrow, K-ARTS will kick off “Art Trekking” by holding performances in streets of 10 different areas in Seoul and Gyeonggi. Starting with a flash mob at 12:30 p.m. at the Sejong Center for the Performing Arts in central Seoul, there will be various street performances in areas like Hongdae in Seoul and Uijeongbu and Dongducheon in Gyeonggi.

The school is also planning to hold the “K-ARTS Platform Festival” from Sept. 2 to 5 at its Seokgwan-dong campus.

While it will be the first event of its kind, Kim said the school plans to hold it regularly to provide performing arts content at about 200 cultural centers across the country.

“The government constructed about 200 art centers throughout the country in an effort to reinforce culture, but sadly the buildings are grand but there’s no software and some of them are being used as wedding halls,” said Kim.

“There is demand but no supply in rural areas,” he continued. “We wanted to contribute to this situation. This will not only provide cultural content for society, but will also allow our students to meet with diverse audiences and the community, which I believe completes their education. Through these experiences, there are opportunities for us to create the classics of tomorrow.”