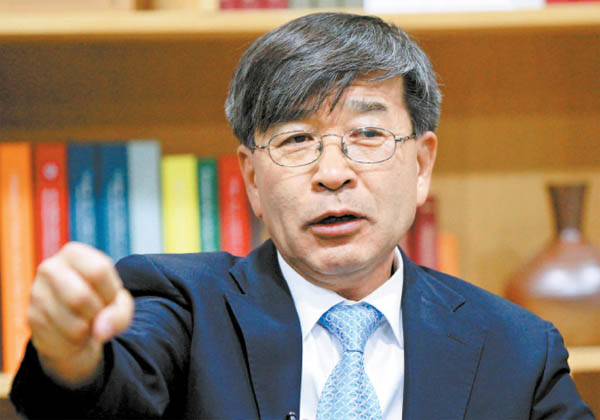 Earlier this year, the Japanese government earmarked an additional 50 billion yen ($420 million) to press its claim over Dokdo, Korea’s easternmost islets - an increase in spending that appears to stem from the view that Tokyo lags behind Seoul in efforts to promote its historical right to the rocks.

The dispute over Dokdo is just one of many lingering issues that have remained since Japan’s colonial rule over the Korean Peninsula.

Fortunately, however, that era is now gaining international recognition as a time when Japan committed countless atrocities against the people and nations it occupied.

Perhaps most notable is the landmark resolution passed in 2007 by the U.S. Congress, which demands that Tokyo apologize for the offenses in which it engaged during World War II as well as during its occupation over the Korean Peninsula from 1910 to 1945.

The resolution, H. Res. 121, states that, “The Government of Japan should formally acknowledge, apologize and accept historical responsibility in a clear and unequivocal manner for its Imperial Armed Forces’ coercion of young women into sexual slavery, known to the world as ‘comfort women,’ during its colonial and wartime occupation of Asia and the Pacific Islands from the 1930s through the duration of World War II.”

Leading the effort to pass the resolution was Kim Dong-suk, 57, the founder of the organization Korean American Civic Empowerment (KACE) who has devoted much of his life to internationally broadcasting Japan’s imperial aggressions. The JoongAng Ilbo recently sat down with Kim to discuss his campaign.

Q. What led you to put forward the resolution?

A. My belief is that Korean-Americans living in the United States must engage in grassroots activities, particularly after the 1992 Los Angeles riots. It crossed my mind in 2006 that the comfort women issue, as it is so called, could be strong enough to consolidate Korean-Americans. The related resolution was only introduced in Congress. So, I thought that if Korean-Americans worked toward its passage together, it could work.

Was there any strategy to get the resolution passed?

I invited the Korean women forced into sexual slavery [during the war] to the United States, and that convinced U.S. politicians. But after its passage, Korean-Americans reacted emotionally, and Japan vehemently denied [what it had done]. So it turned into a political issue between Korea and Japan.

The dispute over Dokdo is usually brought up along with the comfort women issue. How should Korea deal with these problems?

The two issues should be addressed separately. While the comfort women issue fell into the category of universal human rights, the Dokdo issue is closer to a territorial dispute between both countries. It’s dangerous to deal with the two issues together.

What is an ideal way for the Korean government to address the issue of wartime sexual slavery?

The government must be cool-headed when it approaches the issue. We should have both short-term and long-term strategies. This means we should have an idea of how Korea will lead the campaign for comfort women when all of them have passed away.

It’s also not a good idea for Korean civic organizations to fly to the United States to win recognition abroad. It will only prompt Japan organizations to come to the U.S. and make it nothing more than a tit-for-tat battle. The ideal is to get U.S. lawmakers to take action over this issue.

What do you make of Korea’s standing in Washington?

It has become stronger than ever before. In the past, several Korean lawmakers would visit Washington to meet with just one U.S. lawmaker. But now, it’s three to three. The change was caused by differing interests between both countries. The United States and Korea had few discrepancies in their positions in the past, but now that’s not so.

For Barack Obama’s administration, it appears the diplomatic issues happening on the Korean Peninsula are not part of its primary agenda.

If we look only at the Pentagon, that’s not the wrong assessment. But if we look at the U.S. Congress, that’s not necessarily the case. Congress has authority over budgets and appointments, so this is why even the State and Defense Departments can’t ignore Congress. Therefore, one can make an impact on certain issues simply by having congressional representatives on their side through continual contact and lobbying.

Many observers see that the diplomatic quandary in Asia is more severe than that in the Middle East, particularly since China’s clout is growing more rapidly than expected. Because the U.S. Democrats don’t hold the majority, the Obama administration has had difficulty carrying out its foreign policies in the ways it planned. Given that President Obama tends to take on easier problems first, the Korean Peninsula issue can be pushed aside.

What role should Korean lawmakers play?

I’ve been to many events with Korean and U.S. lawmakers, and most Korean officials ask for the opinions of U.S. lawmakers on certain issues. But they shouldn’t do that. They should come forward and speak out about how the U.S. government must help to unravel these diplomatic issues. Korea should always take the lead in setting up the agenda for discussion when it comes to matters pertaining to the Korean Peninsula.

Have you ever been threatened over your civic activities?

There have been many cases.

When my organization tried to pass the resolution, the Shinzo Abe administration sent a message to Dick Cheney, the U.S. vice president at the time, claiming that Korean-Americans weren’t genuinely interested in the [comfort women] issue and were just being manipulated by China. The Federal Bureau of Investigation even tried to vouch for us.