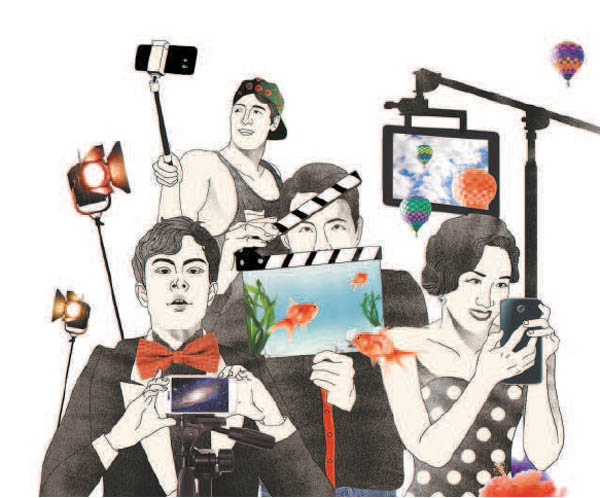 Imagination and boldness are the key traits of short films.

By definition less than 30 minutes in length and sometimes as short as a minute, short films require directors to implement the most effective and creative means to convey a message to the viewers.

For those who wish to experience some of the most provocative works by rookie directors, there are a string of short film festivals underway.

The ninth edition of the Great Short Film Festival kicked off its weeklong run on Thursday at KT&G Sangsang Madang in Mapo District, western Seoul. A total of 39 short films will be introduced in its competitive and noncompetitive sections.

A special session will be dedicated to director Hong Seok-jae of “Socialphobia,” who is an alumni of the Korean Academy of Film Arts. Before releasing his debut feature “Socialphobia” earlier this year, the 32-year-old director built his career by crafting a number of quality short films.

Another session is dedicated to child actress Kim Soo-an, who has appeared as sidekicks in numerous hit films like “Coin Locker Girl” (2015) and “Cart” (2014). Four short films in which she starred in will be screened.

For those who prefer to stay home, other film festivals offer their video clips online.

The official event, which is screening 201 short films from 34 countries that last from 90 seconds to 15 minutes, will kick off on Sept. 17 at Art Nine cinema located near Isu Station in central Seoul.

The festival also collaborated with the Seoul Metro to screen some short films on monitors inside subway trains and stations through Sept. 22.

Meanwhile, the Olleh International Smartphone Film Festival launched its fifth edition on Wednesday. In a bid to break down barriers in filmmaking by using smartphones, this festival started in 2011 with video clips between one and 10 minutes in length filmed on smartphones.

Through Oct. 15, film-lovers can check out the award-winning works at the official website, www.ollehfilmfestival.com.