Why Asia shouldn’t fear the Fed

Why Asia shouldn’t fear the Fed 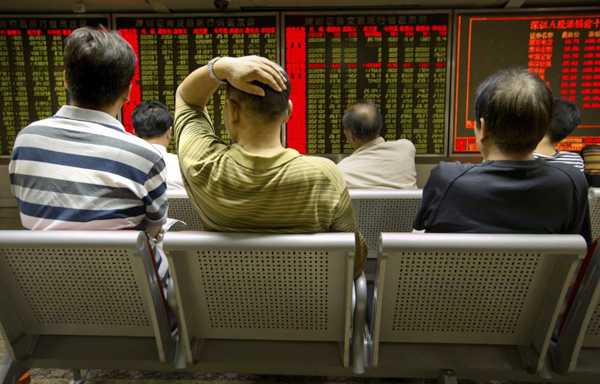 Chinese investors monitor stock prices at a brokerage house in Beijing on Aug. 18, 2015. The Shanghai composite index fell 6.2 percent as investors resumed sell-offs of Chinese stocks despite the stabilization of the Chinese yuan. [AP/NEWSIS]

In 2008, Asian economies had good reason to race to decouple from the struggling West. The collapse of Lehman Brothers and subsequent contagion sent export-dependent countries in search of a more reliable customer. Not surprisingly, they latched onto China.

That switch now looks like a bad bet. China's economy is sputtering, its stocks are nose-diving and officials in Beijing appear ill-equipped to maintain the world's second-biggest economy as a stable, dependable trading partner. There's an obvious contradiction in developing nations relying so overwhelmingly on another emerging economy, and a highly unbalanced one at that. No doubt many in the region are now wishing they could decouple from China, too.

Asia may be able to do just that soon, argues Bloomberg Industries economist Tamara Henderson, thanks to the approach of the Federal Reserve's first tightening cycle in a decade. "Just as Asia decoupled from the U.S. in the wake of the global financial crisis, benefiting from China's extraordinary stimulus at the time, Fed hikes may allow Asia to decouple from China," she writes in a recent report.

However contrarian, the idea that the dreaded taper may be good for Asia has merit. It's hard to remember a moment since 2008 when markets were more panicked and central bankers so on edge. The conventional wisdom is that a Fed rate hike will send shockwaves around the world, sucking money back to the U.S. and driving fragile nations to the International Monetary Fund for help. Such fears, however, lack perspective. For all the risks, Asia's fundamentals are comparatively sound. Financial systems are stronger, transparency greater and currency reserve hoards big enough to avoid another 1997-like meltdown.

At the same time, higher U.S. rates are an indication that the world's biggest economy - and customer - is humming again. "The start of a rate hike cycle sends an important signal: it is time to be confident about the world's largest economy," Henderson argues. "The Fed appreciates this and global investors will eventually, too."

Ultralow rates, after all, reflect a psychological downgrade in investor perceptions. Aside from lifting the uncertainty irking markets, the normalization of U.S. rates should in theory increase risk appetites.

That should send capital back into Asia, supporting investments in infrastructure, productivity-enhancing technologies and education. The resulting drop in bond yields, buoyant equities and more stable government balance sheets would provide governments with the cushion they need to retool economies.

The last 18 years have taught Asia two harsh lessons. One is the danger of relying too much on exports. The second is the risk of depending on a single customer. The first still hasn't been sufficiently internalized. While Asia has made progress creating bigger service sectors, shipping goods overseas remains its main business. The second also needs reinforcing, as many economies in the region merely replaced the U.S. with China.

Some of this complacency can be blamed on the excessive monetary stimulus of the last seven years. All countries had to do was guzzle capital from the U.S., Europe and Japan and tap into burgeoning Chinese demand. That cycle is over now as China slows and Washington and Frankfurt plot monetary exit strategies. That's putting pressure on governments to create jobs in non-export industries to move upmarket - a process that should continue even if U.S. demand picks up. The more progress Asia makes diversifying growth, the less vulnerable it will be to China's troubles.

Risks abound, of course, as the Fed's Sept. 16-17 policy meeting approaches. The U.S. central bank might go too far, as it did in the mid-and-late 1990s. But as Asia's 2004-2006 experience attests, markets can thrive even during a tightening cycle, as long as rate hikes are priced in and gradual. In fact, stocks in India and Indonesia rallied amid Fed rate increases in the mid-2000s, while currencies in South Korea and Singapore gained markedly.

It's anyone's guess whether a similar pattern will play out this time. But far from devastating Asia, a Fed rate move could raise spirits just as China's slowdown is dragging them down.