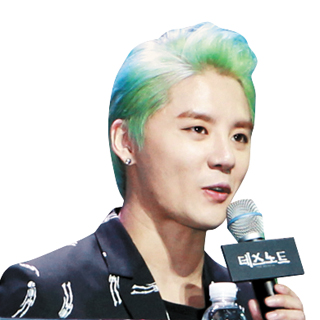 Singer Kim Jun-soo from the K-pop male trio JYJ has been confirmed to be planning a solo comeback in October, according to the 28-year-old’s talent agency, CJeS Entertainment, on Sunday.

Kim, who has a large following both in Korea and abroad, will go on an Asian tour after unveiling a new album to meet his fans in various countries.

The entertainment company said that Kim’s upcoming album, which will be his first new record in seven months, will feature Kim’s unique singing voice that matches particularly well with the mood of fall and winter.

The Korean singer released his first regular solo album, “Tarantallegra,” in 2012, which sold 12,000 copies. He was also the first Korean male singer to successfully undertake a world tour as a solo artist.

When the artist released his second solo album, “Incredible,” in 2013, he also went on tour across Asia, during which he performed for hundreds of thousands of fans.

Kim’s popularity continued when he released his third album, “Flower,” in March. His songs dominated domestic and foreign music charts.

Thanks to his achievements as a renowned musician, Kim’s upcoming album is highly anticipated by his fans.

In addition to his accomplishments as a popular singer, Kim has also been actively performing in various musicals, such as “Mozart!,” “Elisabeth” and “Death Note.”