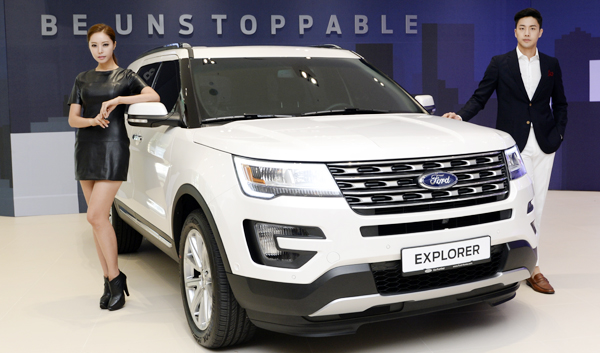 The U.S. automotive manufacturer Ford introduced the 2016 new Explorer in Daechi, Gangnam, southern Seoul, on Monday. The new SUV by Ford is priced at 56 million won including VAT taxes. The Explorer is one of the best selling models of Ford, which first appeared in 190. Worldwide it has sold more than 7 million units.